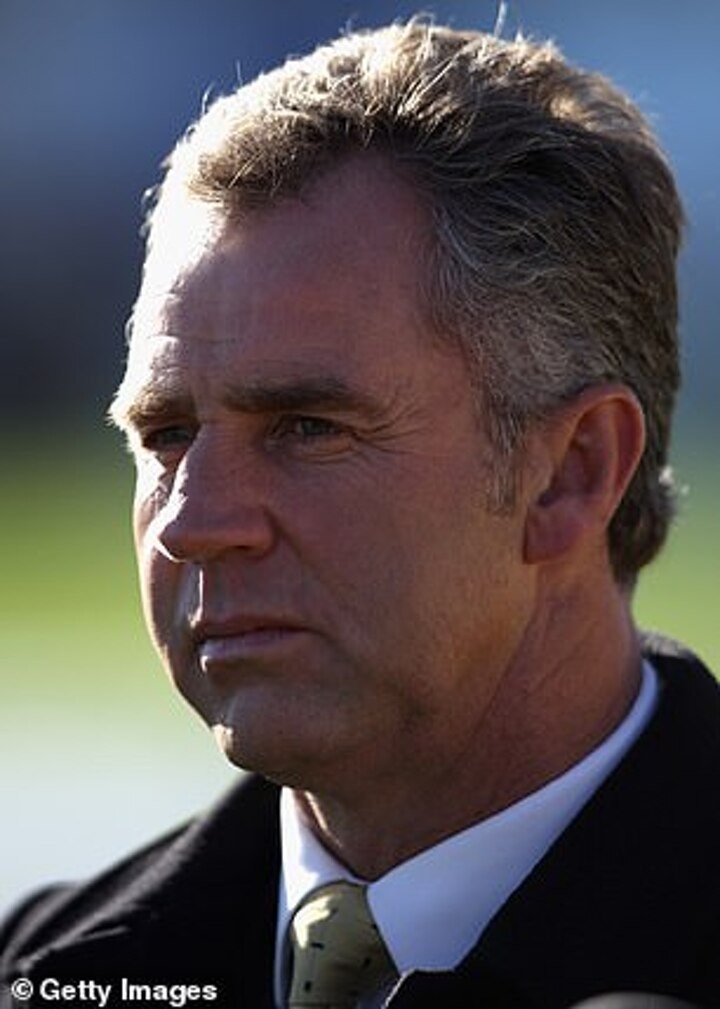 Jim Beglin has apologised after the broadcaster made a 'culturally insensitive remark' during CBS Sports' coverage of Manchester City's win over Paris Saint-Germain.

Beglin, 57, referenced Angel di Maria's 'Latino temperament' after the Argentine was dismissed for kicking out at City's Fernandinho during PSG's 2-0 loss in the Champions League semi-final second leg.

Soon after making the comment, ESPN reports that the Irishman said: 'When Di Maria was sent off, I described it by using the word Latino. For anybody that's taken offense, I do apologize - sincerely apologize.'

Former Liverpool full-back Beglin then took to Twitter after the game to issue a full statement over the remark, which he described as 'culturally insensitive'.

'I apologise for my culturally insensitive remarks during the Champions League tie between Manchester City and Paris Saint-Germain,' the 57-year-old tweeted.

'I wrongly used a racial stereotype. This was inappropriate and unacceptable. Words have a strong impact, and I fully understand the severity of what I said when Angel Di Maria was sent off.

'I will learn from this and be better moving forward.'

Experienced commentator Clive Tyldesley also commented on the matter, clarifying that he had not made the remark and was watching the game from home.

'In answer to those accusing me of racism during the Champions League semi-final, I am sitting at home watching on TV and not commentating,' Tyldesley tweeted.

City advanced to the final for the first time in their history on Tuesday night as a Riyad Mahrez double clinched a 4-1 aggregate win over the underwhelming Parisians in testing conditions in Manchester.