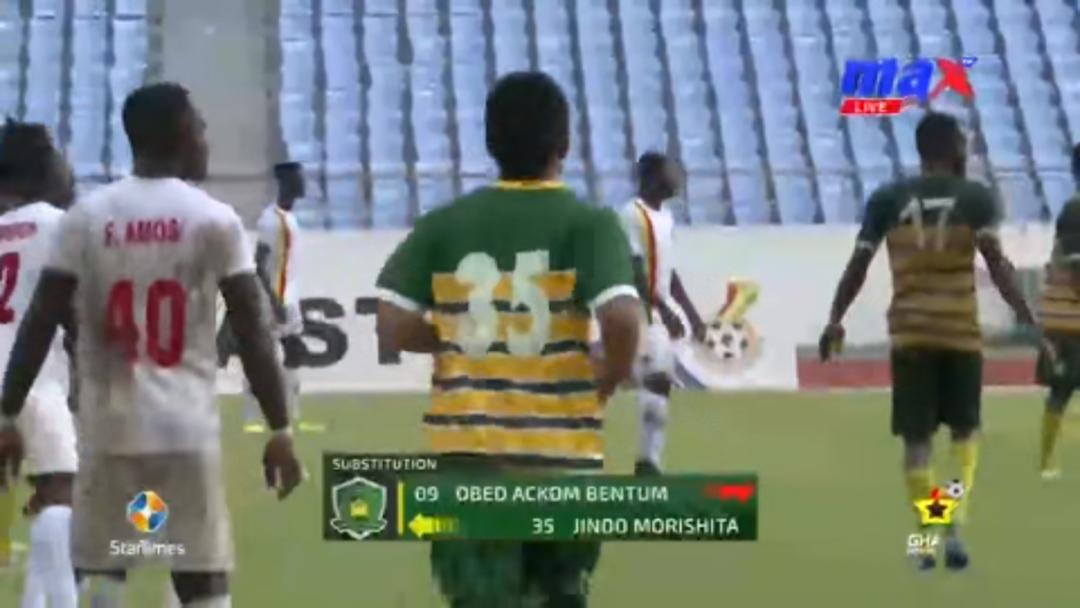 The 25-year-old was introduced after 64 minutes at the Cape Coast Stadium to replace Obed Bentum.

He joined the Cape Coast on a one-year deal after leaving Zambian side Maestro United Zambia (MUZA).

Morishita has now become the first ever Japanese player to play in Ghana Premier League club after putting pen to paper on a one year contract.