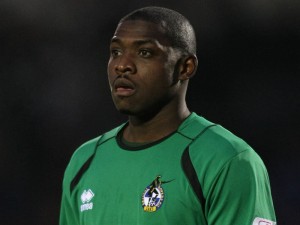 Bristol Rovers manager Paul Buckle expects Jo Kuffour to leave the club before the end of the transfer window.

The 29-year-old striker has scored just once in six appearances this summer and despite committing his future to the Pirates earlier this season, Buckle believes Kuffour's future lies away from the Memorial Stadium.

"I can probably see Jo moving on," he told the Bristol Evening Post.

"There has been interest in him for a while, in terms of a loan or a permanent move. Some of them have not suited him and I think, if the truth be known, he's quite keen to go back to the London area.

"If someone is not going to be with us, I have to take stock of that because I am trying to build something concrete for the long-term here.

"If he doesn't go, then he really has to get his head down and commit to the club until the next window or whenever there's a chance for him to move on."