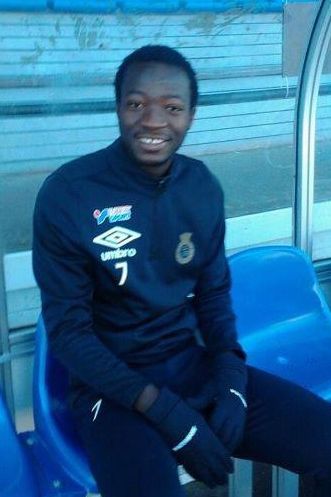 Midfielder Joachim Adukor explains how his clubâ€™s priority on the usage of experienced players has stifled his first team opportunities.

The 19-year-old is yet to make an appearance in the Swedish top flight with Gefle.

Adukor never managed to get off the substitutes bench for the whole of the first round of the Allsvenskan.

He is nevertheless staying positive on his future prospects where he hopes to see some action in the second half of the season.

â€œItâ€™s been a lot going on because the coach thinks I am young,â€ he told GHANAsoccernet.com.

â€œIn Europe when you come from Africa they believe in experienced players so they think I am young and they want to keep me for the future.

The former Emirates Sporting Club player was one of nineteen invited players that underwent a three-day justify-your-inclusion exercise with the national U-20 side, the Black Satellites.