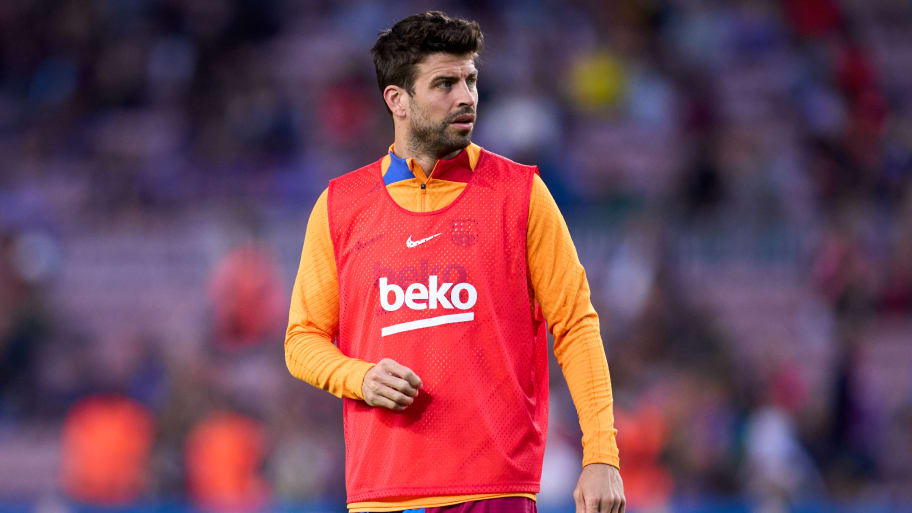 Barcelona president Joan Laporta has confessed that under-fire centre-back Gerard Pique is 'suffering' after being the subject of a media frenzy in recent weeks.

Allegations surrounding Pique's personal life have been prominent after he separated from long-time partner Shakira, while in the football world, numerous reports have suggested that he is no longer wanted at Camp Nou.

Barcelona were recently tipped to part ways with Pique because of his high salary and off-field controversies, before reports emerged of an apparent bust-up with manager Xavi over the boss' desire to let him go, with Sport quoting Pique as responding: "I'll be a starter. If you have the guts, bring the best central defender in the world, who will come as a substitute."

Laporta was asked about Pique's future during Thursday's general assembly, during which he urged fans and the media to give the defender a break.

"Pique is suffering," he said. "As much as we imagine players having fame, money and everything you could want, they are people and Pique is a great person.

"He is one of the captains. He has given a lot and he has to continue giving a lot. He has chosen to continue being a professional footballer. He had the option of being a businessman or a footballer and he chose footballer.

"He has gone through a circumstance which is not pleasant at all, with children at a very young age. Pique deserves the esteem and affection of the fans.

"Do not pay attention to the stories that try to paint him as a frivolous man, without feelings and who is losing everything. I am lucky to know him and to have dealt with him as a person. He is an extraordinary person who is suffering, and we have to help him. I will be the first to give him the love he deserves."

The 35-year-old has two years remaining on his contract at Camp Nou, where he is among the highest earners, and some inside the club are said to have grown concerned that he no longer justifies his lucrative wages.

Ronald Araujo emerged as the team's defensive leader last season when Pique was absent with fitness issues, while Andreas Christensen has agreed to join this summer to compete for minutes with Eric Garcia as well.

This article was originally published on 90min as Joan Laporta admits Gerard Pique is 'suffering' amid Barcelona exit talk.