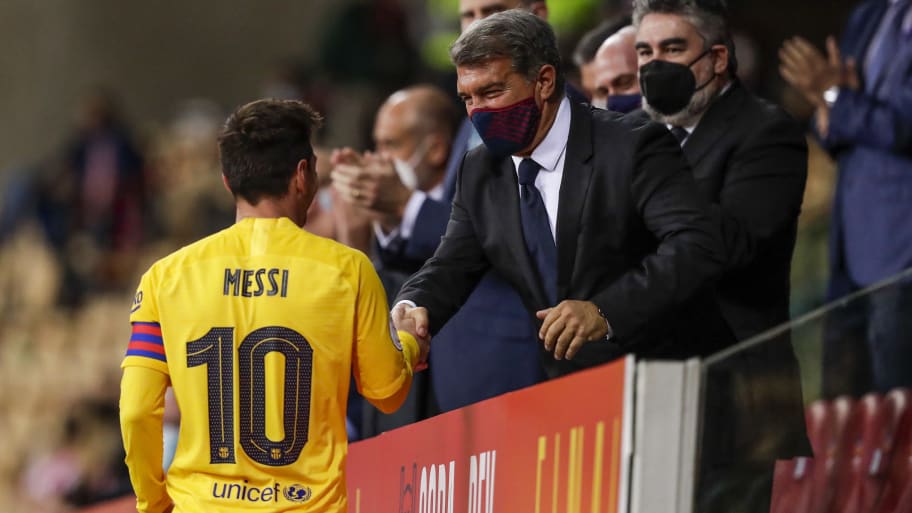 Barcelona president Joan Laporta has continued to fuel the flames of a possible return for Lionel Messi.

Messi left for Paris Saint-Germain last summer after Barcelona could not free up the money to extend his contract, but the Blaugrana made no secret of their desire to bring him back and talk has stepped up in recent weeks thanks to the latest round of hype from Laporta.

Manager Xavi tried to cool things by calling a return for Messi 'impossible' and other reports have suggested Laporta has been talking about bringing Messi back as a coach after he retires, but once again, the president has gone into overdrive.

"It's an aspiration that I have as president and I would like it to happen," Laporta said. "Messi's time at Barça did not end as we would have liked. I was co-responsible for his ending at the club.

"I believe that it is a provisional end and that we will will make this aspiration a reality.

"We have a clear moral debt with him and I would like the end of his career to be with the Barca shirt, being applauded by every pitch he goes to."

Despite Laporta's confidence, there are a number of significant obstacles to navigate before a return for Messi can become a possibility.

First and foremost, the Argentine remains under contract with PSG until 2023, while his deal also has a 12-month extension clause as well.

There are also reports suggesting that Messi is not exactly on the best terms with those in charge at Camp Nou, with Barcelona officials said to be working tirelessly to try and rebuild their relationship with the club legend.

This article was originally published on 90min as Joan Laporta believes Lionel Messi 'will retire at Barcelona'.