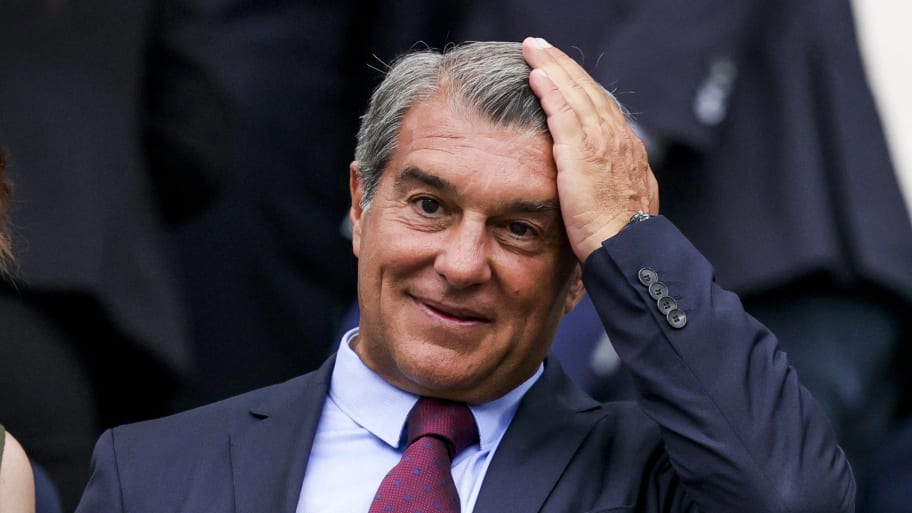 Club president Joan Laporta has released a message to Barcelona supporters asking them for their 'patience' and 'trust', after the Blaugrana suffered a humiliating 3-0 defeat to Bayern Munich.

Tuesday's comprehensive loss to the German champions capped off a miserable summer for the Catalan side, who have seen club legend Lionel Messi forced out of the door due to financial mismanagement, as well as the departure of Antoine Griezmann on transfer deadline day.

Barça's problems on and off the field culminated in the hammering by Bayern, and the defeat sparked club president Laporta into action. The 59-year-old released a message to all Barcelona supporters, pleading with them to have patience, while promising to 'solve this situation.'

"Hello Culers, I am as disappointed and upset as all of you are," Laporta began. "I need to tell you what is happening is one of the situations that we expected. And I ask you for your patience, and that you continue supporting our team.

"I also ask for your trust in us, the people who are managing the Club. We need your trust and time, and do not doubt that we will solve this situation. Thank you very much and Visca el Barça!"

Laporta has taken over the club in a time of complete and utter chaos, following the disastrous reign of Josep Bartomeu, which came to an end in October 2020. Bartomeu's horrible mismanagement has plunged Barça into financial crisis, so much so that they were forced to sell a number of players in the summer.

Griezmann, Francisco Trincao and Miralem Pjanic all left the club on loan, while they received significant fees for Emerson Royal and Junior Firpo. Their outgoings weren't enough to register Messi for the new season however, forcing the superstar to leave the club at the end of his contract.

These off-field disasters, combined with the failure to win the league title over the past two seasons, have left supporters exasperated with the running of the club, and the defeat to Bayern was simply a sign of how far they have fallen.


This article was originally published on 90min as Joan Laporta pleads for 'patience' & 'trust' in message to Barcelona fans .