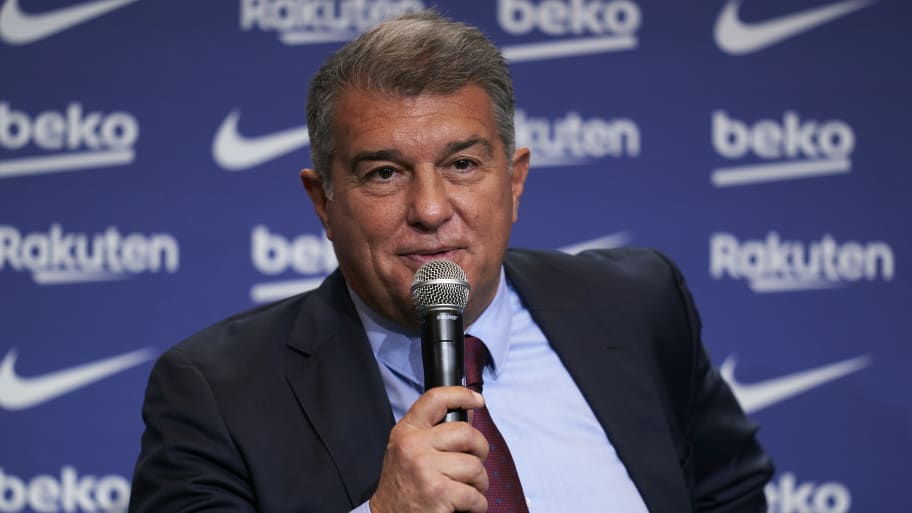 Joan Laporta has addressed rumours linking Lionel Messi with a shock return to Barcelona, insisting that he will do his best to bring the legendary forward back to the club.

Messi was forced to leave Barca last summer due to the club's crippling financial issues, with the player moving to Paris Saint-Germain.

Speaking to CBS, Laporta was asked about the decision to let the club's greatest ever player leave, and if there's the possibility of re-signing Messi in the near future.

"I did what I had to do in order to put the institution above the best player in our history," he said. "I have known Messi since he was a kid and I love Leo.

"I feel in moral debt to Messi. He's the best player in our history and I will do my best in order to ensure he can have the best ending of his career with a Barça shirt on.

"I would like to bring him back. It will not be easy but I think with the correct strategy we could do it. I think Messi has been the most important player in our history. During a long period of success he was the leader. He was the one who excited our supporters. We will do our best to have Messi ending his career at Barcelona and being applauded by everyone.

"The end of Leo at Barcelona was not the best. It was a difficult time. We had to take a decision and put the club above the best player in our history. But I think we have to work now to have Messi end his career back wearing the shirt of Barcelona being applauded on every field that he plays.

"We will do our best to give him the ending he deserves."

Manager Xavi also admitted he wants to see Messi back at Camp Nou further down the line.

"It's an idea that the club has, but not for this season," he insisted. "Obviously, I wish it hadn't ended like it did.

"He deserves one last chance to prove that he is the best player in history. Yes, I would like to see him at Barcelona again."