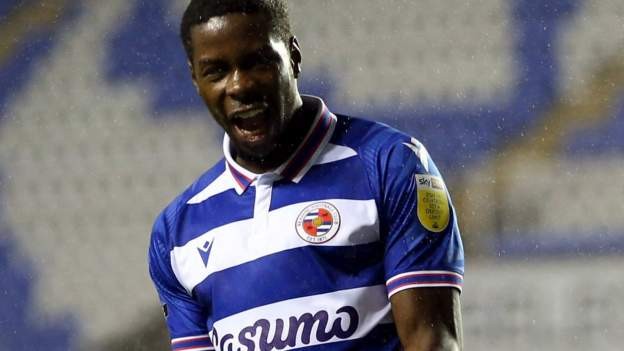 Lucas Joao and John Swift produced a goal and an assist apiece as Reading's attacking firepower proved too much for 10-man Coventry.

The Sky Blues started the stronger, with Callum O'Hare's low shot lacking conviction and Leo Ostigard glancing a free header wide before Joao held off a defender to slam home his 17th goal of the season and put the hosts ahead.

Veljko Paunovic's Royals then took control with Ovie Ejaria hitting the post after a mesmeric dribble and Portugal striker Joao diverting Tom Holmes' cross wide - but Andy Rinomhota doubled their lead straight after the break with a drilled effort from just outside the box.

Ostigard went close with two more headers for Coventry but Kyle McFadzean's sending off for two yellow cards halted their momentum and from the subsequent free-kick John Swift wrapped things up for Reading with a fine, dipping 30-yard strike.

Victory for Reading moved them above Brentford and Bournemouth - who lost at Derby - and to within three points of an automatic promotion spot, while Coventry slip below their tenants Birmingham into 18th.

Joao's opener came against the run of play, the front man taking Swift's lofted through ball on his chest before showing strength to ease Dominic Hyam out of the way and finish with aplomb.

Former Liverpool and Rangers midfielder Ejaria beat four players with amazing footwork on his way to hitting the inside of the near post and it was his air-kick from Joao's cutback that allowed Rinomhota to find the bottom corner on his 100th Royals appearance.

Ejaria also drew the foul from McFadzean which saw the visiting skipper dismissed and Swift's powerful free-kick past Ben Wilson was to be his last touch before being replaced.

Reading should have had a fourth, with substitute Sam Baldock slotting just wide after sprinting through on goal, while Max Biamou headed against the post as Coventry chased a consolation.

Michael Olise was forced off with a shoulder injury just after the hour mark but that was the only dampener on an exciting display by the home side.

Attempt missed. Maxime Biamou (Coventry City) header from the centre of the box misses to the left. Assisted by Gustavo Hamer with a cross following a set piece situation.

Michael Morrison (Reading) is shown the yellow card for a bad foul.

Maxime Biamou (Coventry City) wins a free kick in the attacking half.

Ben Sheaf (Coventry City) wins a free kick in the defensive half.

Attempt saved. Josh Laurent (Reading) right footed shot from outside the box is saved in the top right corner.

Sam Baldock (Reading) wins a free kick in the attacking half.

Gustavo Hamer (Coventry City) wins a free kick in the defensive half.