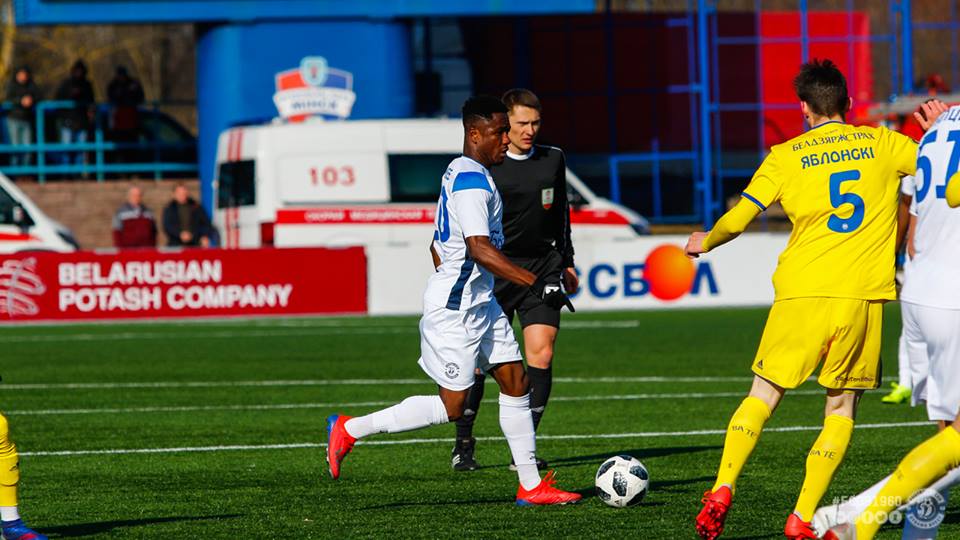 Ghana youth striker Joel Fameyeh was on target for Dinamo Brest as they walloped Neman 6-1 in the Belarusian top flight league on Saturday.

Brest started the game on the front foot and deservedly shot into the lead in the 36th minute through Denis Laptev.

Four minutes later, the hosts extended their advantage via Fameyeh's sleek finish before Ukrainian forward Oleyiy Khoblenko put the game beyond the visitors six minutes after the break.

Further goals from Oleksandr Noyok and Denis Duarte in the 59th and 68th respective minutes stretched Brest lead before  Mikhail Babichev pulled a goal back for Neman in the 74th minute.

Pavel Savitskiy sealed the win for the Blue and White lads with a 83rd minute cannon strike.

Fameyeh lasted the entire duration of the game.

He has scored 4 goals in 9 games for the side in the ongoing campaign.