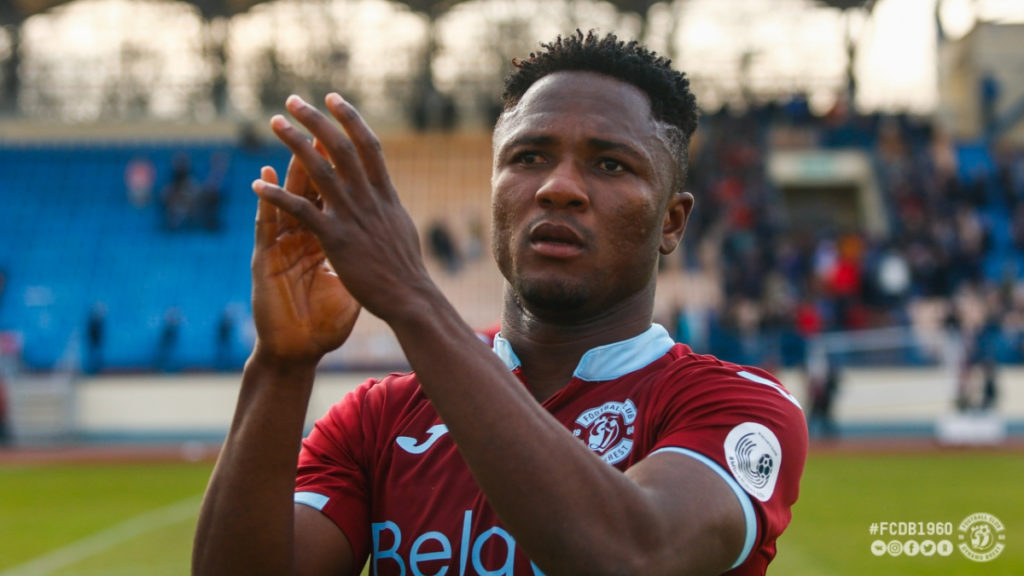 Ghanaian striker Joel Fameyeh has been named in the Best African XI to have played in the Belarusian Premier League.

The 22-year-old spent a total of four seasons in the top-flight and played for two clubs.

Fameyeh first landed in Belshina in 2016 where he scored five goals in 12 appearances before signing for Dinamo Brest.

He played three seasons for where he raked in 30 goals and 12 assists in 94 matches.

The former Asokwa Deportivo star won the FA Cup on two consecutive seasons in 2017 and 2018.

He moved to Russian side FK Orenburg for the 2019/20 season.