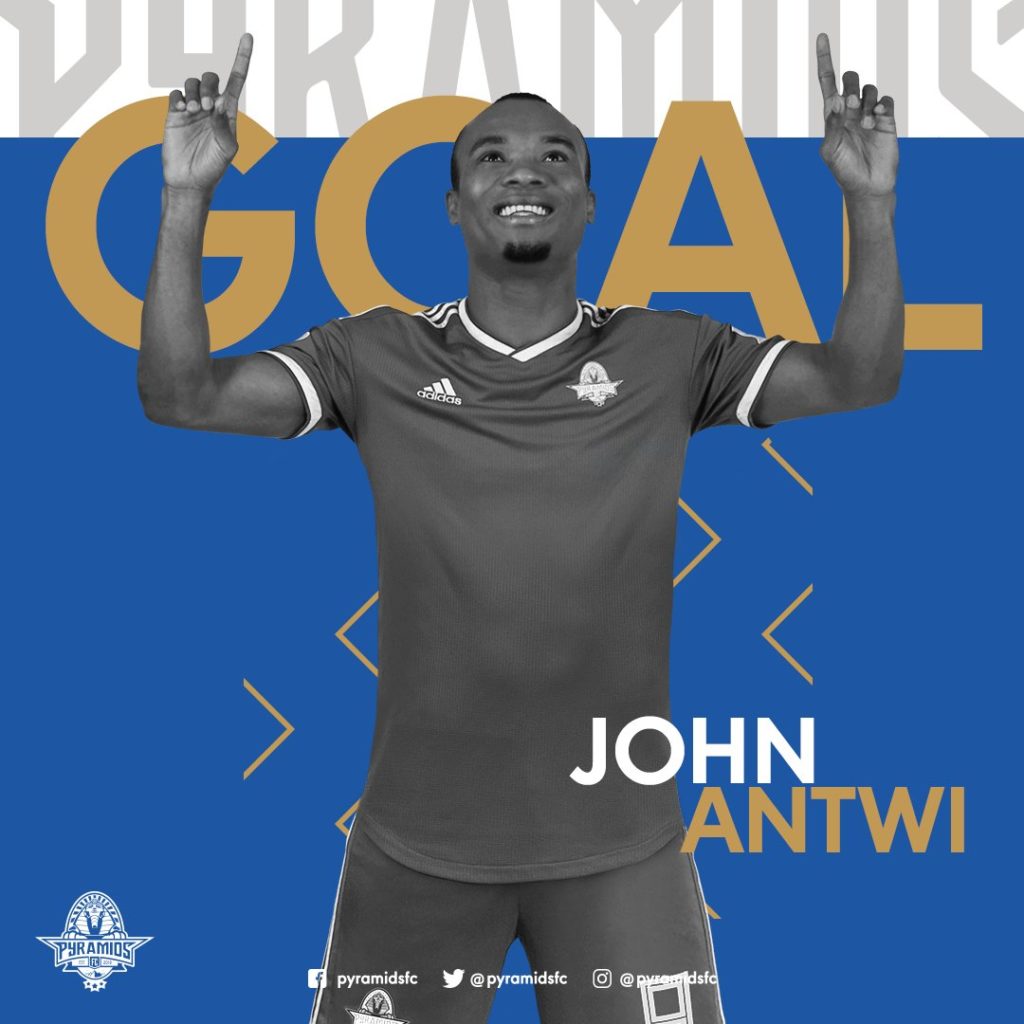 John Antwi capped off his Ghana Black Stars call-up with a match-winning strike for Pyramids FC against Al-Ittihad Al-Sakandary in the Egyptian top-flight on Tuesday night.

Antwi is not showing any sign of slowing down anytime soon after his latest strike earned Pyramids FC a vital points 30 June Stadium.

Pyramids FC went into the game against Al-Ittihad with bags full of confidence following their three-match winning streak.

But Ante Cacic's men were frustrated by the stubborn defense of Al-Ittihad as the first half ended in a goalless stalemate.

Pyramids FC however found relief in the 53rd minute after John Antwi put them ahead with a superb thumping header courtesy a wonderful whip from Ibrahim Hassan.

The dead-eye forward's goal proved to be the difference between the two sides as Pyramids FC clinch onto their 3rd spot with 57 points from 30 round of matches.

His consistent performance in the Egyptian Premier League was rewarded with a maiden call-up into the Ghana national team for the international friendly encounter against neighbours Mali in October.

Antwi has plundered 9 goals and 3 assists for Pyramids FC in the ongoing campaign.