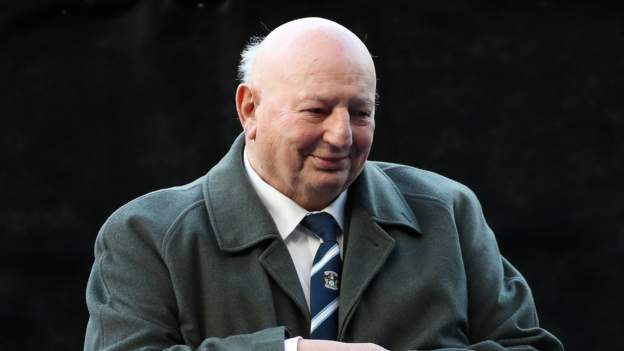 Sillett managed the Sky Blues between 1986-90 and was at the helm when the club beat Tottenham 3-2 in the final at Wembley for their first major trophy.

As a full-back, he began his career as a player at Chelsea and made more than 100 appearances for the club, winning the First Division title in 1954-55.

He played for Coventry and Plymouth Argyle before moving into management.

"Obviously the family are really saddened by dad's passing but we are all so proud of him and what he achieved," a statement from Sillett's family said.

"His ability to spot things tactically, change them during a game and enhance the abilities of players was top class, the respect he had from top people in the game and the kind words we have already received already underline the high regard in which he was held by the football world."

After starting his career at Chelsea, Southampton-born Sillett became Jimmy Hill's first signing at Coventry in 1962 for £3,000. He went on to make 128 appearances for the Sky Blues and was part of the team that won promotion to Division Two in 1962-63.

Sillett left Coventry three years later for Plymouth, where he ended his playing career, before being appointed a youth coach at Bristol City.

He moved into management with Hereford in 1974, where he won the Third Division title, and returned to the club in 1991-2 after his time at Coventry came to an end.

Speaking at the time of Coventry's FA Cup victory, Sillett said: "I would have thought that was as good a final as there's been for a long time. We had great belief George (Curtis, joint manager) in the boys and they went there and they didn't disappoint."