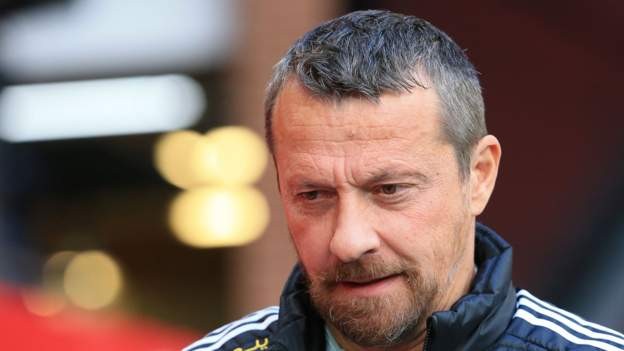 The 53-year-old joined the club in May after their relegation from the Premier League but United have struggled for form on their Championship return.

Under his stewardship the Blades are 16th in the Championship, having won six of their 19 league games this term.

Tuesday's win at Reading was their first victory in four league games.

BBC Radio Sheffield reports that Jokanovic met the club on Thursday morning, with discussions resulting in him leaving the club.

The former Watford and Fulham boss arrived at the club on a three-year deal to replace Chris Wilder earlier this year, having left his position with Qatari side Al-Gharafa.

An experienced Championship manager, the Serb had previously won promotion to the Premier League on two occasions.

Upon his arrival at Sheffield United, however, the Blades struggled for form. Their opening-day defeat at Birmingham City began a run of four league games without a win prior to their 6-2 victory at Peterborough in September.