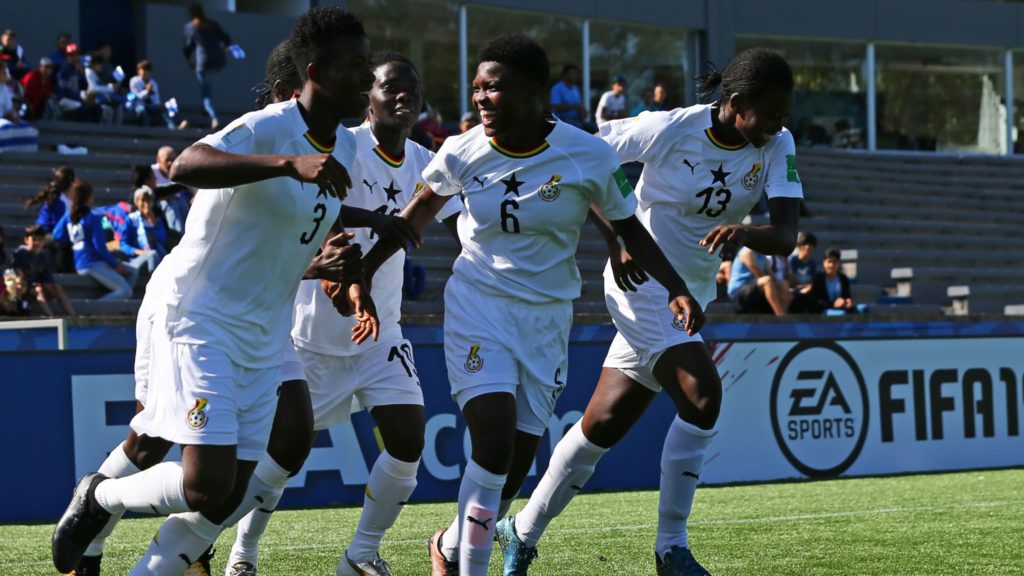 Black Stars defender Jonathan Mensah has congratulated the Black Maidens for booking their tickets to the next round of the ongoing FIFA U-17 Women's World Cup.

The Maidens are through to the quarter finals of the FIFA U-17 after thumping Finland 3-1 in the second group game.

Milot Pokua, Abdulai Mukarama and Grace Animah scored for the Africans as they reached the knockout stages.

Milot Pokua, who started ahead of the injured Fuseina Mumuni repaid the faith reposed in her by coach Evans Adotey by taking advantage of a mistake in the box of Finland to slot home for Ghana.

The Black Maidens continued to push for a second, and six minutes later captain Abdulai Mukarama headed in a  Mavis Owusu cross to double Ghana's lead.

Ghana controlled the first stanza and went into the break with the lead.

Finland returned from the break a much more improved side creating several opportunities but failed to take them.

Mukarama came close to adding to her tally after her long range efforts graced the cross bar.

The Black Maidens captain then turn provided for Pokua, who should have made it three but in trying to round off the goalkeeper she misplaced the ball.

The Europeans pulled one back after striker Kantaten pounced on a spilled ball by goalkeeper Boadu.

With four minutes left Grace Animah curled in a free-kick to ensure Ghana progress to the next stage of the competition.

In the wake of the match, Mensah who, is currently in camp with the Black Stars ahead of Sunday's 2019 Africa Cup of Nations against Ethiopia, took to twitter to congratulate the team.

Two wins out of two with that 3-1 win over Finland. Well done Black Maidens and we hope the Black Queens can emulate this Saturday. ❤💛💚🇬🇭🇬🇭🇬🇭 pic.twitter.com/kjvd3MFADc

Ghana will next face New Zealand in the final game of the group.