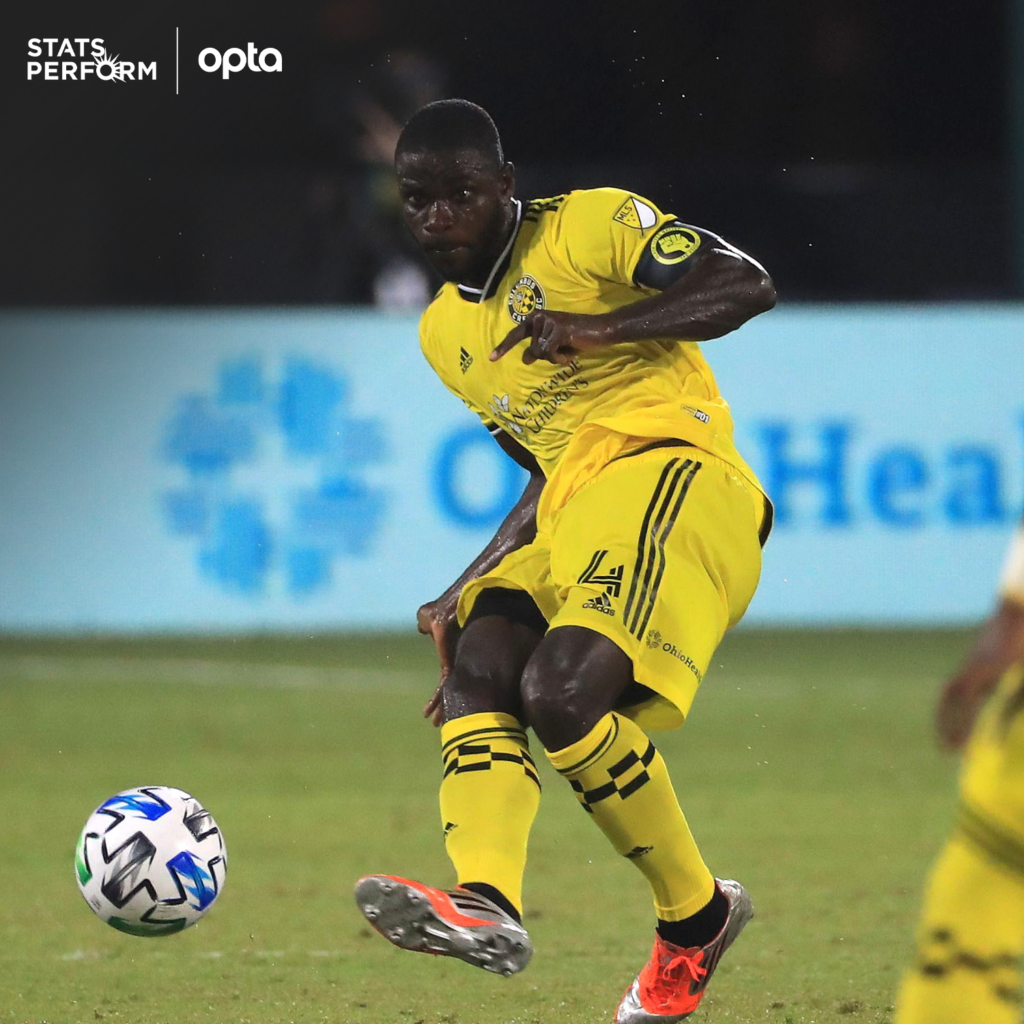 Ghana international Jonathan Mensah clocked a staggering statistics during Columbus Crew’s 4-0 win against FC Cincinnati in the MLS Is Back tournament on Saturday night.

The Crews deservedly walloped FC Cincinnati in the opening day of the 24-team tournament at ESPN’s Wide World of Sports Complex.

A brace from Gyasi Zardes and one goal apiece by Lucas Zelarayan and Youness Mokhtar ensured coach Caleb Porter’s men return home with the maximum points.

The victory could not be achieved without inspirational captain Jonathan Mensah.

The Ghanaian was impregnable at the heart of defense for the Yellow and Black lads.

He completed a mind-blogging number of 135 passes from 140 attempts which was the second highest number of passes by a defender in the competition since Oriol Rosell for Sporting Kansas City in 2014.