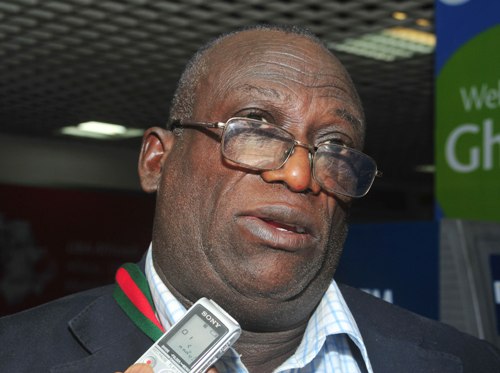 Executive Director of Tamale City FC Jones Alhassan Abu is reported to have been quarantined in Turkey after testing positive for Coronavirus in the wake of Ghana's friendly match against Qatar on Monday.

Mr. Alhassan was a member of Ghana's contingent for the double header friendlies against Mali and Qatar in Turkey.

However, reports have been rife that the experienced football administrator, who doubles as a management committee member of the Black Stars, has been quarantined in Turkey after tests indicated that he has contracted the deadly flu-like virus.

He will continue his road to recovery in the country as the rest of the entourage departed from the country to their various destinations after Monday's clash against 2022 FIFA World Cup hosts Qatar.

Ghana continued their preparations for the 2021 Africa Cup of Nations qualifiers with two friendly encounters against neighbours Mali and Qatar.

The four-time Africa champions were humbled 3-0 in the first match against the Eagles of Mali last Friday.

The West African giants however redeemed themselves in the second game by making a light work of Asian champions Qatar in Antalya.

The two matches form part of preparations for Ghana’s game AFCON qualifier against Sudan next month.

Ghana are leaders of Group C with six points. The 2-0 and 1-0 victories came in matches against South Africa and Sao Tome respectively.