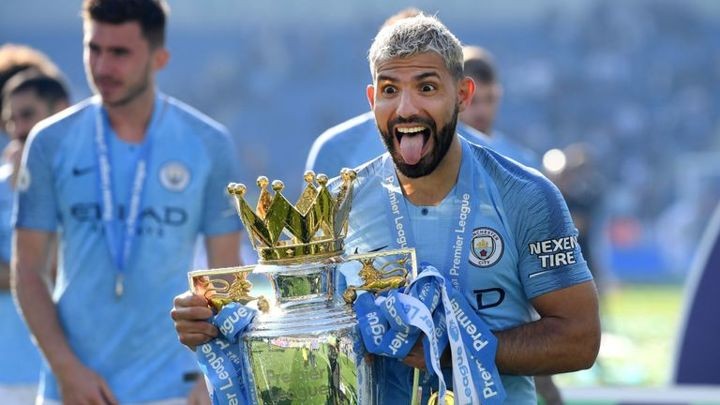 Manchester City to win the Premier League and Newcastle the value call to be relegated; this is where punters would stick their imaginary £50 if the season was to start from scratch tomorrow.

Last week I made my debut as an odds compiler, pricing up key Premier League markets - in fantasy version only of course - in the event of the Premier League being declared void and we start afresh tomorrow, from scratch, with the same teams, squads and managers.

I was calling for some engagement from the masses and gave you a fictional £50 to spend - this was a good barometer to see how high the boredom levels are out there. Would people get involved? Judging by the response, I think it's clear that boredom levels are more dramatic than first feared as the article generated plenty of reaction.

So, what did we learn? What odds got you rushing to my bookmakers counter? What prices did I get wrong? Here are the most popular bets put forward by those that got in touch.

Manchester City to win the Premier League at 7/4

Judging by public reaction, my decision to offer 7/4 about City and 4/6 on Liverpool severely underrated Pep Guardiola's side, to the extent that many would actually have City as favourites in the market despite toiling behind the runaway Reds this season.

Newcastle to be relegated at 9/4

The Premier League relegation market was a relatively simple one to price up with the current bottom three of Norwich (4/6), Aston Villa (5/4) and Bournemouth (13/8) taking up the first three spots in the market. The odds-against quote offered up about Villa generated plenty of interest but without question the most popular price was the 9/4 about Newcastle suffering the drop with their poor performance metrics sighted as a reason to why those odds offered some juice.

For what it's worth, I'm completely in agreement that the Toon are likely to struggle next season but thought the prices offered were short enough when in fact I could have gone shorter.

The faith in Jose Mourinho remains strong it seems as the 11/4 about Spurs making the top four tempted many in - perhaps I had underestimated the impact of a fit-again Harry Kane would have on their chances. There weren't any takers for Leicester which suggests the consensus is Brendan Rodgers' side are unlikely to build on their impressive performances with more action seen on Arsenal, who at 7/2 certainly pricked the ears of a few punters.

Was this down the online Manchester United bias or genuine interest in the striker to finish top of charts? Hard to tell. But certainly Ole Gunnar Solskjaer has put a huge amount of faith in Rashford and with improvement expected from United next season perhaps the 20/1 does seem a little bit too generous?