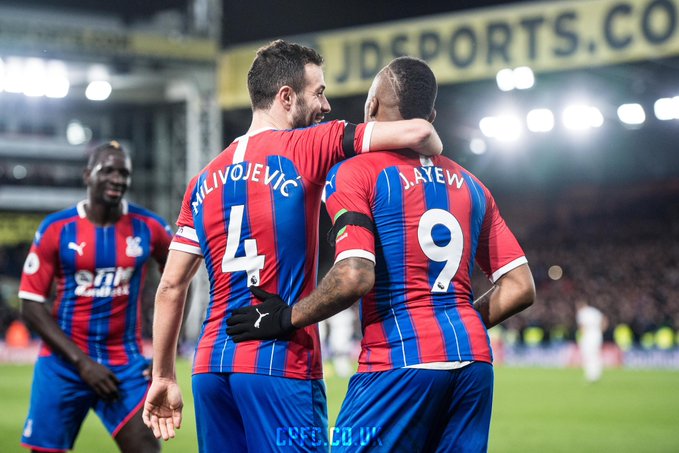 The Ghana international delivered the best goal of the day, after weaving through three defenders and exquisitely dinking in the match winner in the final minute to grab the Eagles a 2-1 victory against London rivals West Ham.

"It’s just instinct, you know? Connor gave me the ball and I thought I needed to do something by myself," he told Amazon after the game.

"The problem is that when I raised my head, the ‘keeper is coming very quickly. That was the only option I had because Connor had one where the ‘keeper came really quick. I just thought: ‘let me dink it.’"

Robert Snodgrass gave the visitors the lead after 57 minutes before Ayew set up Cheikou Kouyate for the leveler ten minutes later.

He then turned the match winner after a brilliant second half display to net his fifth goal of the season.