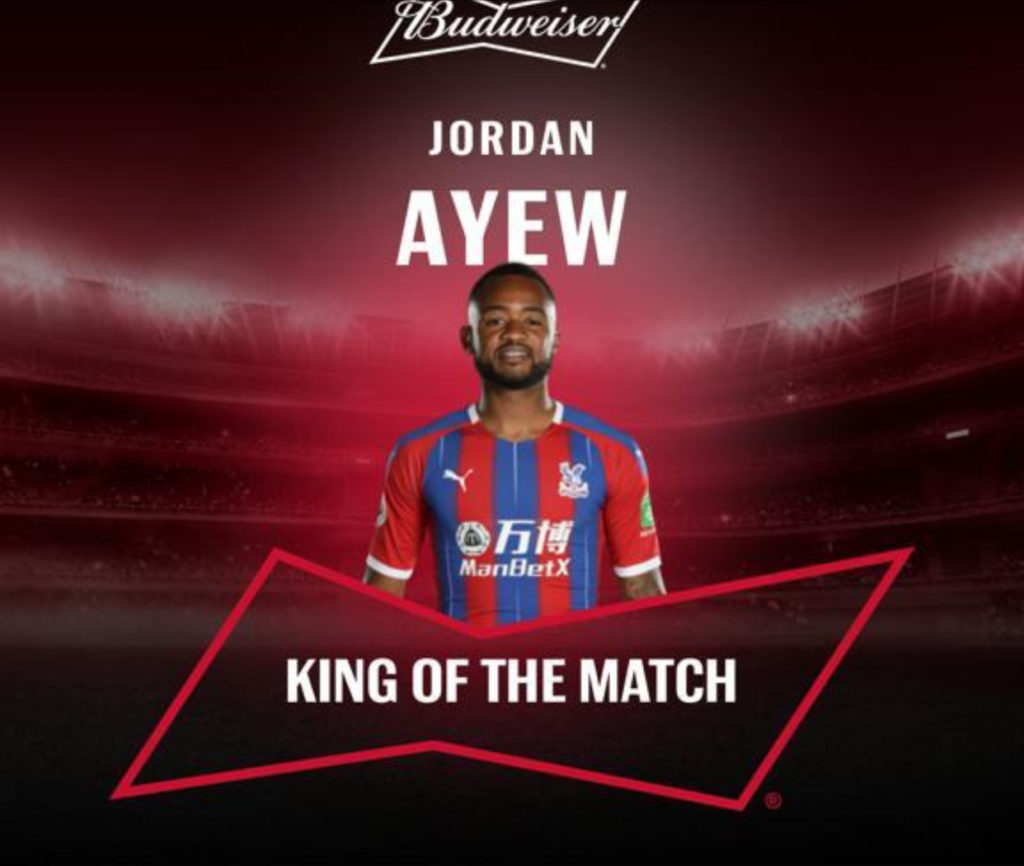 Robert Snodgrass put West Ham ahead in the 53rd minute before Jordan Ayew laid on a heading assist for Cheikh Kouyate to level the score line for the Eagles in the 68th minute.

Ayew became the hero for the hosts when he sensationally grabbed a 90th minute goal to win the game 2-1 for Roy Hodgson’s men.

He was rated the best in the match — churning out 62.9% of the votes with Wildred Zaha coming second with 19.3%.

The Ghana international has scored five goals in 19 matches for Palace this season. 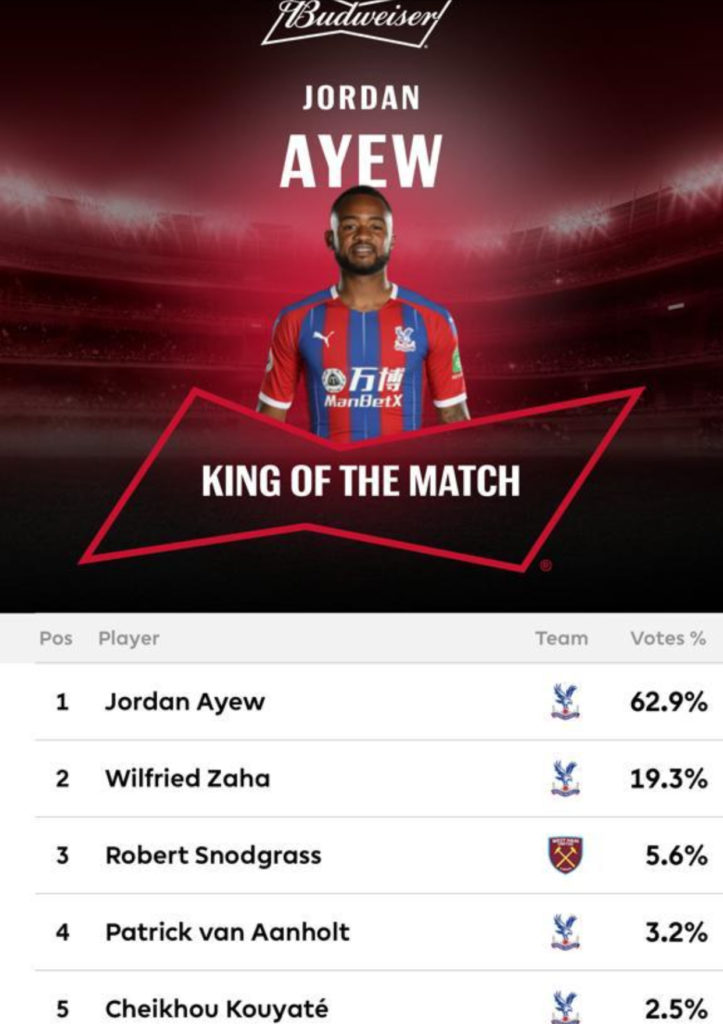