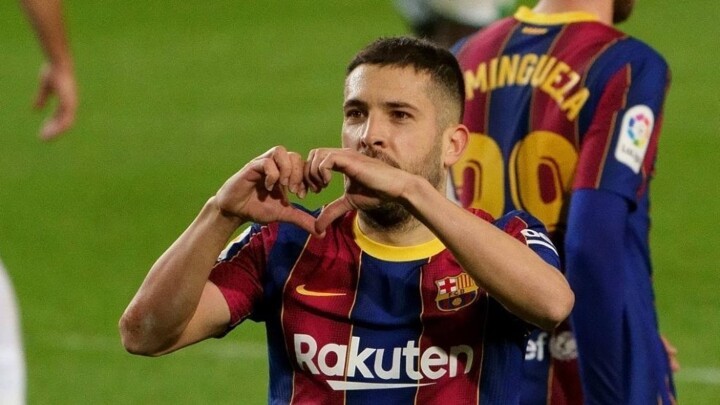 Jordi Alba has thrust Barcelona's hat into the ring for the LaLiga Santander title race after their 3-0 win over Elche on Wednesday.

"Hay Liga," he said at the Camp Nou, using the famous Spanish phrase to describe whether there is a title race or not.

"We know that it's up to us to be able to challenge.

"Other teams will drop points, including us."

The win over Elche came after two damaging results against Paris Saint-Germain and Cadiz over the past few days.

"It helps a lot on the mental side," Jordi Alba admitted.

"The draw [against Cadiz] the other day was honestly a tough blow for the whole team.

"If we're not at 100 percent, we find it difficult to win. We struggled the other day and in the first half today too.

"I think we played better in the second half and the goals came."

In the build-up to the game against Elche, Ronald Koeman had called on his more senior players to take more responsibility.

"Those of us who have been here for a long time have to try to make it easier for the younger players," Jordi Alba admitted.

"I think everyone's hunger has always been there.

"Things have evened out a lot in recent years too.

"We have to take responsibility. It's tough times, but we have to be more united than ever now."