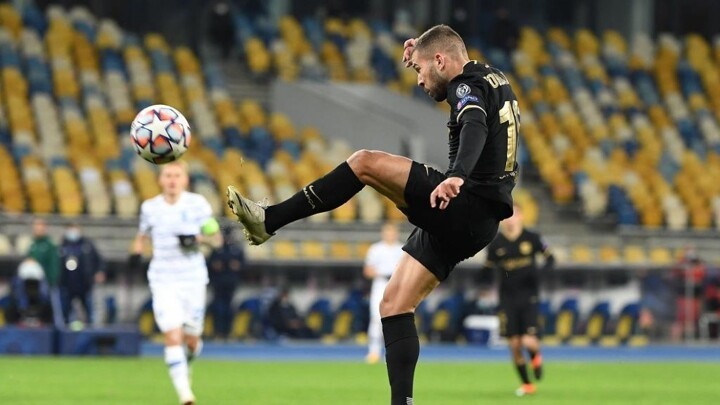 Jordi Alba was given some rest as he begun Barcelona's 4-0 win away at Dynamo Kiev on the bench on Tuesday night, and he has admitted that the Catalan team need to be more consistent.

Barcelona have struggled for form in LaLiga Santander and, most recently, they lost 1-0 away to Atletico Madrid to leave themselves 12 points behind leaders Real Sociedad.

"I've been here for nine years and it's always the same," Alba said in his post-match interview.

"When we don't win, you talk a lot. We've lost points because we haven't had any luck. There are a lot of people and the work has been very good, from the players to the coaching staff.

"We all find it hard to win; that's because there [has been an increase in the] level. We have to be more consistent.

"Until the Christmas break, we have games that we have to win and we will try."

Alba was also very complimentary about another full-back in the Barcelona squad, Sergino Dest, who opened his account for the club on Tuesday night.

"He is very young, he comes with a lot of desire," Alba stated. "And because of his characteristics, he fits in perfectly with Barcelona. He has a high level, too."