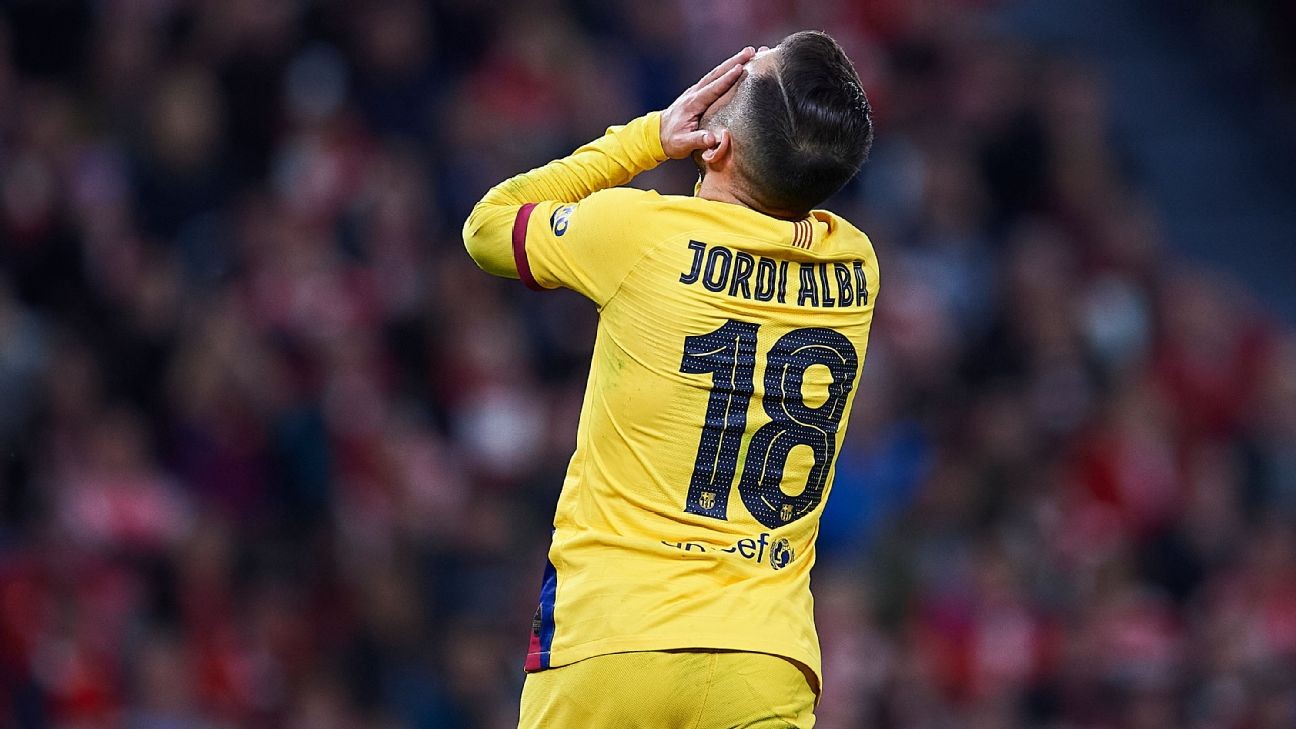 Barcelona defender Jordi Alba joined captain Lionel Messi in criticising the club's sporting director Eric Abidal after the team were knocked out of the Copa del Rey with a 1-0 defeat at Athletic Bilbao on Thursday.

The quarterfinal loss was the latest blow in a dark week for Barca after winger Ousmane Dembele suffered a serious injury and Messi caused a stir by hitting back at Abidal for appearing to blame the players for last month's sacking of coach Ernesto Valverde.

Abidal, a former teammate of Messi and Alba, had told newspaper Sport that he felt some Barca players were not working hard enough under Valverde, which led to him advising club president Josep Maria Bartomeu to sack the coach.

Quique Setien was chosen as Valverde's successor but has lost twice in six games in charge of the Spanish champions.

"This club gets enough s--- thrown at it from the outside so we shouldn't be throwing s--- at ourselves," Alba told reporters.

"Abidal was a player, he is loved by the fans and that's why he should know what it's like inside the dressing room and how players feel."

Barca have won the Cup a record 30 times and reached the last six finals but were left reflecting on their earliest exit in a decade after Inaki Williams scored the only goal deep in added time.

Alba said the team had played well and proved they were not affected by the events of the past week.

"We showed that we are a team and that's what we need to keep on doing," he added.

"I think we put in a great performance, one of the best of the season. It's a real shame we conceded the goal so late but that's what football is like. I'm very proud of the team because of how well we played."

"Everyone knows what they have done well and what they have not and now we must keep working. We need to stop biting our nose to spite our face because that won't help us," he said.

"We built this club on victories and we must do that again. We are working towards doing that, we are playing better, we're adapting to the ideas of the coach and the dressing room is as united as ever."