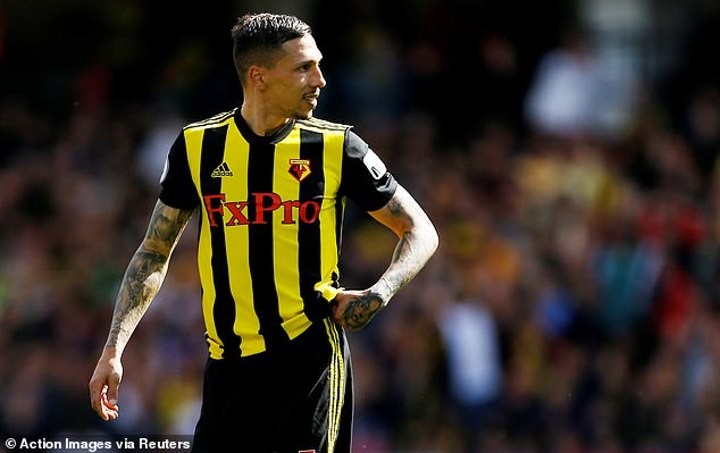 Watford defender Jose Holebas wants the Premier League season to be cancelled immediately but still wants Liverpool to be awarded the title.

Alongside the majority of major European leagues, England's top-flight has been suspended indefinitely as the world continues its battle against the coronavirus pandemic.

And with the short-term future of English football under serious threat, Holebas believes stopping the season altogether is easier than constant rescheduling.

Holebas told Sky Sports: 'In my opinion you have to cancel the season, for me that is pretty clear.

'I would give Liverpool the title, they deserve it and have played incredible football this season.

'They are clearly the number one team. I think it makes no sense to keep rescheduling all the time.'

With this season's results and league standings from the seventh tier downwards being declared null and void, there is an argument for the Premier League and Football League to join the lower echelons in expunging the 2019/20 matches to date.

Yet Jurgen Klopp's Reds hold a 25-point lead at the top of the Premier League with a maximum of 10 matchweeks remaining and many believe that they should be automatically awarded the English top-flight title due to their commanding lead at the summit.

Meanwhile, Holebas' Watford are involved in a relegation scrap and currently sit in 17th place on 27 points. Cancelling the season now is likely to mean Watford retaining their spot in the Premier League without kicking another ball.