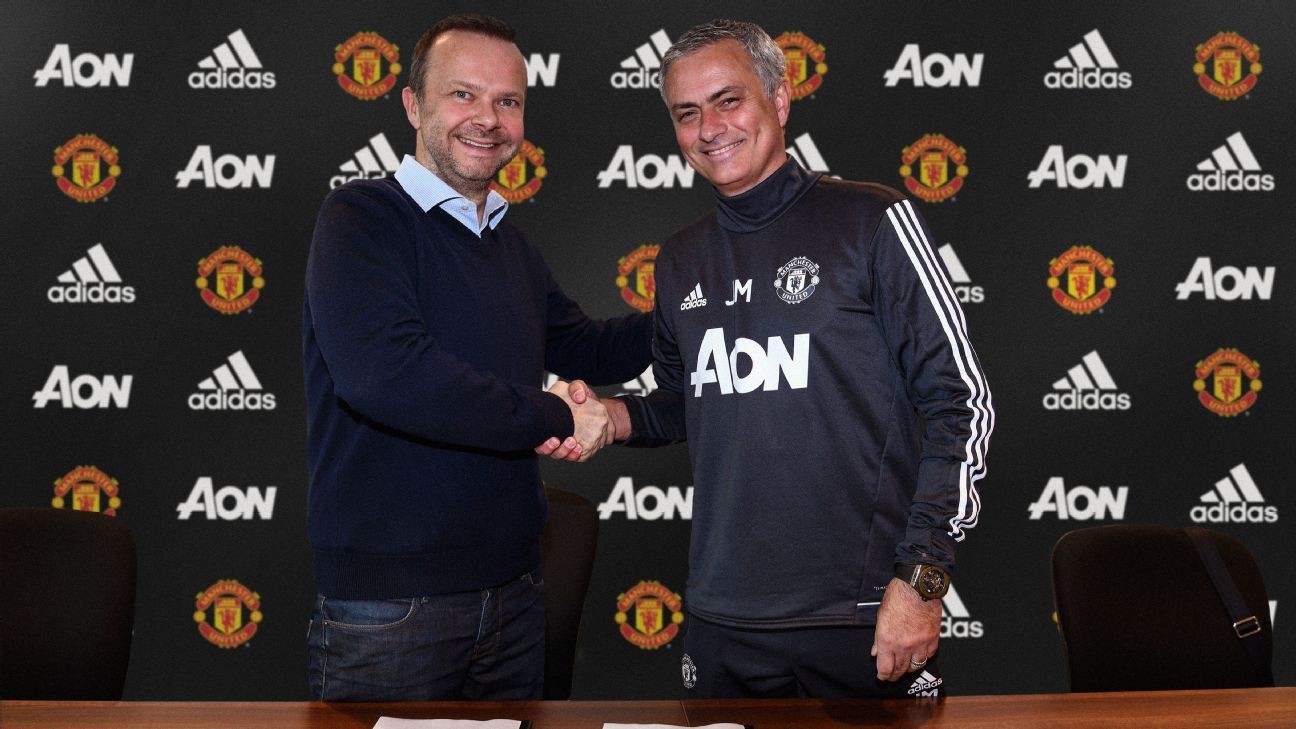 Jose Mourinho has said he was "happy" at Manchester United and expects to get a good reception when he returns as Tottenham manager on Wednesday.

Mourinho was sacked by United in December last year and will return as a manager for the first time since then when Spurs travel to Old Trafford.

And despite a rocky end to his two-year spell at the club, Mourinho said he has fond memories of managing United.

- Dawson: The inside story of how Mourinho's United tenure unravelled

"I have a great relation with Manchester United supporters," he said. "I went back as a pundit, which is a different perspective. I was really humbled by such a beautiful reception.

"Tomorrow I go back as the coach of the team that is going is try to beat Manchester United and that maybe gives a different perspective. I expect this respect that they always show towards me, but I understand what they want is exactly the opposite of what I want.

Ole Gunnar Solskjaer succeeded Mourinho but has endured a troubled start to the season, with United ninth in the table and closer to the relegation zone than the top four. Ahead of the match on Wednesday, Solskjaer has said he does not fear the sack, with Mourinho's predecessor Mauricio Pochettino touted as a possible replacement.

Mourinho, though, would not be drawn on the United manager's difficulties.

"For you it's like I left Manchester United yesterday. It was not yesterday, it was almost one year ago," he said.

"I am Tottenham. Again, if you want to speak about United as an opponent, let's speak about them as an opponent. About my history there, go to my office upstairs and I still have a couple of pictures of my Man United time and that's it.

"They can achieve these targets. I did it, that's how we did it in my time. We did it but they can also do it this season."

Tottenham, who have won all three matches under Mourinho so far, will be without Ben Davies, Erik Lamela, Michel Vorm and Hugo Lloris for the match.