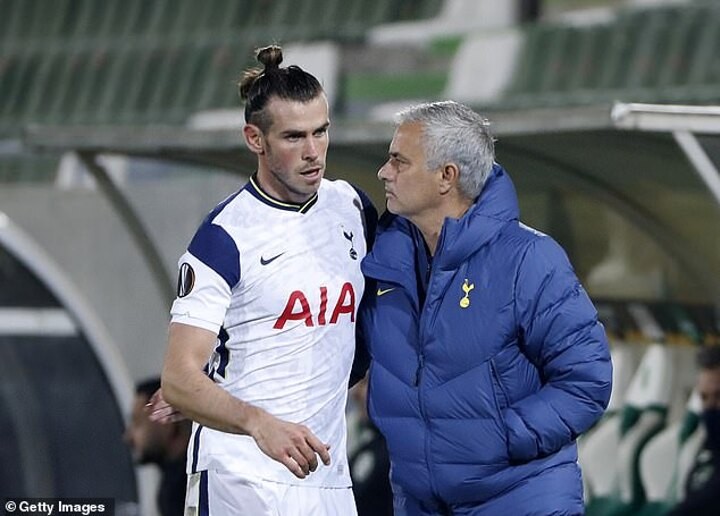 Jose Mourinho revealed there has been 'no discussion' about extending Gareth Bale's loan at Tottenham beyond the summer despite reports stating Spurs are unlikely to extend the Welshman's loan deal.

Spurs slipped up against Fulham on Wednesday in a 1-1 draw - when Bale was an unused substitute - and are looking to get back to winning ways at bottom-of-the-table Sheffield United on Sunday afternoon.

Ahead of the weekend clash, Mourinho said on Bale: 'Was not a second of discussion about that [since he arrived]. Gareth is a player on loan until the end of the season. Not one second of discussion. We are talking about Gareth himself, Real Madrid, Tottenham.'