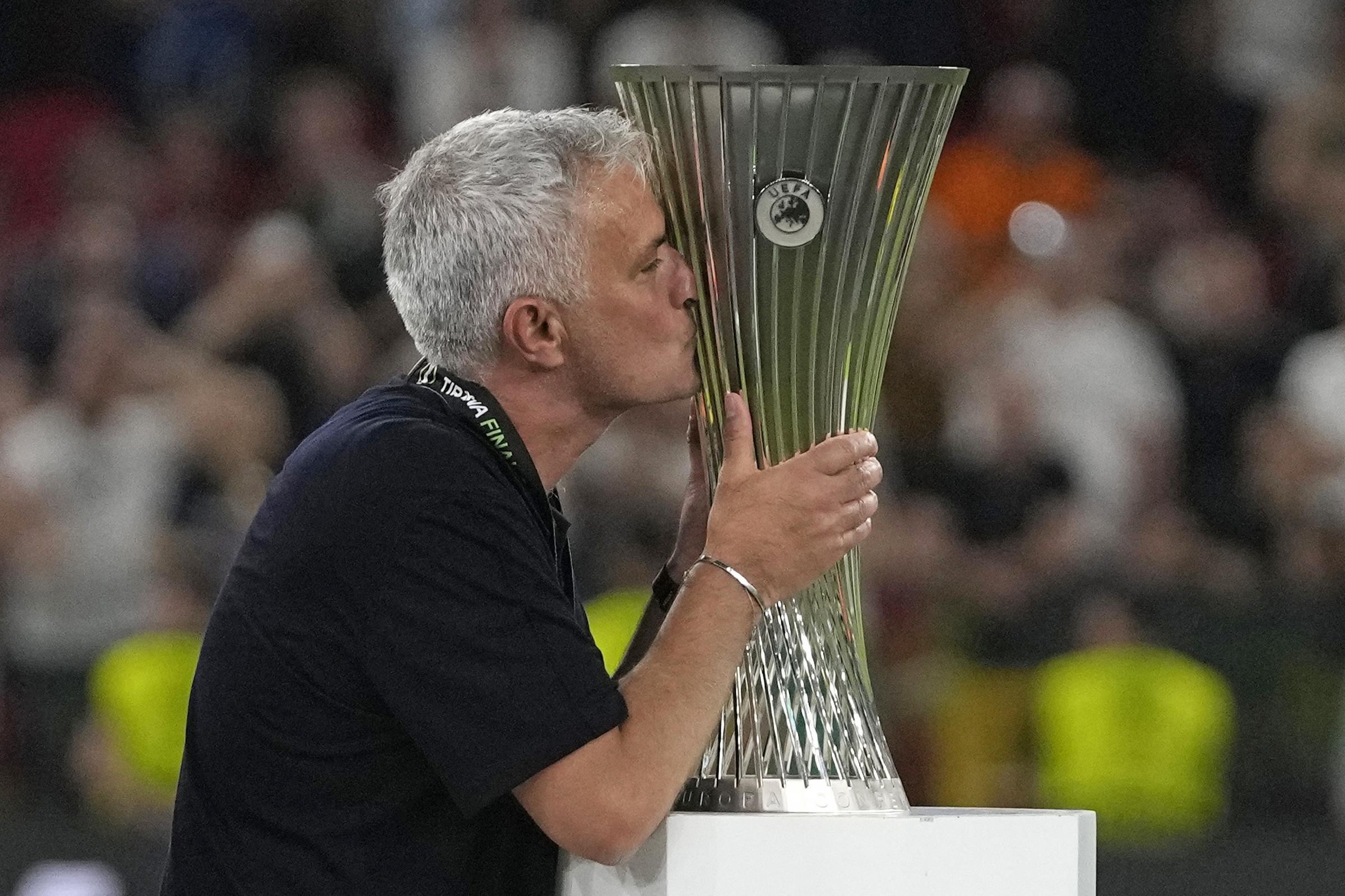 Roma coach Jose Mourinho says he feels "like a true Romanista" after leading the club to an historic first major European trophy. The Portuguese tactician made sure he made history in his first season at the Stadio Olimpico, with a Mourinho masterclass earning a 1-0 victory over Feyenoord in Tirana. Having now won all five of his contests in European showpieces, Mourinho's winning mentality has immediately rubbed off on his players.

Nicolo Zaniolo's 32nd-minute strike was enough to secure victory as Roma then protected their lead and saw themselves over the line with all the experience of long-time conquerors of the continent.

But, while Mourinho made history as the only coach to ever claim all three major UEFA men's club competitions, Roma earned European glory for the very first time.

And the Roma boss was not only delighted to end the club's drought, but in doing so Mourinho believes it has brought him even closer to the club and its supporters.

"We have written history," he said after beating Feyenoord to the silverware.

"This is a competition we believed we could win since the start.

"Many things are going through my head right now. I feel like a true Romanista."