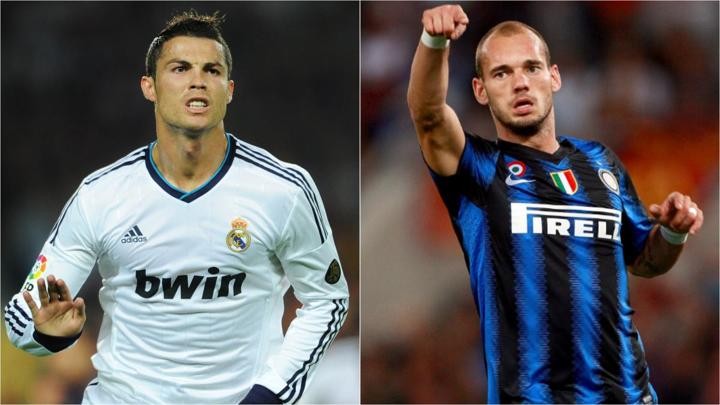 Jose Mourinho revealed who he thought his best XI of players he coached was...but is it better than one Stats Perform has come up with?

Whatever your thoughts on modern-day Jose Mourinho, you cannot deny his legacy in football. For one thing, he wouldn't let you.

Eight league titles across four different countries, domestic cups with Porto, Chelsea, Inter, Real Madrid and Manchester United, one Europa League, two Champions Leagues, the 2009-10 treble... Mourinho has a trophy cabinet that would be the envy of most coaches in the game.

His teams have, of course, boasted their fair share of star names who have helped him on his way to greatness - even if he didn't get on with them all. And last weekend, Mourinho himself picked an XI from his best club sides.

It's a pretty formidable line-up, but we at Stats Perform think we might have one to match. Each one contains a notable Opta fact for each player.

See which team you think is best...

MOURINHO'S BEST XI (according to the man himself):

Petr Cech
In Mourinho's first season in charge at Chelsea, Cech kept 24 clean sheets in the Premier League (2004-05), a record in the competition.

Javier Zanetti
Zanetti was the only outfield player to play every minute of Inter's 2009-10 Champions League-winning campaign under Mourinho.

John Terry
Chelsea's former captain has made more Premier League appearances under Mourinho (187) than any other player, scoring 15 goals.

Ricardo Carvalho
The centre-back played under Mourinho for three different sides (Porto, Chelsea and Real Madrid) – indeed, no player has made more Champions League appearances under the Portuguese than Carvalho (54).

Claude Makelele
In Chelsea's title-winning campaign of 2004-05, Makelele made 140 interceptions from the heart of Chelsea's midfield. Only Patrick Viera (156) made more among outfield players that season.

Frank Lampard
Lampard scored more Premier League goals under Mourinho (49) than any other player. In 2004-05 Lampard became the first Premier League midfielder to reach double figures for both goals (13) and assists (18) since Matt Le Tissier in 1994-95, whilst only Thierry Henry (39) registered more goal involvements than the Englishman (31).

Eden Hazard
During Mourinho's second tenure in charge at Chelsea, Hazard scored in more Premier League games than any other player for the club (24 – 28 goals).

Mesut Ozil
Ozil provided more assists (47) and created more chances (314) than any other player under Mourinho in LaLiga.

AN ALTERNATIVE BEST MOURINHO XI (according to Stats Perform):

Iker Casillas
Only Victor Valdes (42) kept more clean sheets among LaLiga goalkeepers than Casillas (35) while Mourinho was in charge at Real Madrid.

Cesar Azpilicueta
Azpilicueta was Chelsea's Players' Player of the Year in Mourinho's first season back at the Blues in 2013-14.

Marco Materazzi
The treble-winning defender's only Champions League goal came in the 2008-09 season under Mourinho, against Anorthosis Famagusta in the group stages.

Marcelo
The Brazilian completed more dribbles in LaLiga than any other defender during Mourinho's stint as Real Madrid boss (154).

Paul Pogba
No United player was involved in more Premier League goals than Pogba while Mourinho was in charge at Old Trafford (31 – 14 goals, 17 assists).

Deco
Deco was involved in more goals than any other Porto player in their successful 2003-04 Champions League campaign (seven – two goals, five assists), also creating more chances than any other player at the club (38).

Wesley Sneijder
Sneijder was involved in more goals than any other Inter player during their successful 2009-10 Champions League campaign (nine – three goals, six assists), also creating more chances than any other player at the club (33). After leading Inter to the treble and Netherlands to the World Cup final in 2010, he somehow failed to make the Ballon d'Or top three.

Samuel Eto'o
Only Eden Hazard (14) scored more Premier League goals for Chelsea than Eto'o in Mourinho's first season back at Chelsea in 2013-14, with the Cameroon striker netting a hat-trick against reigning champions Manchester United.