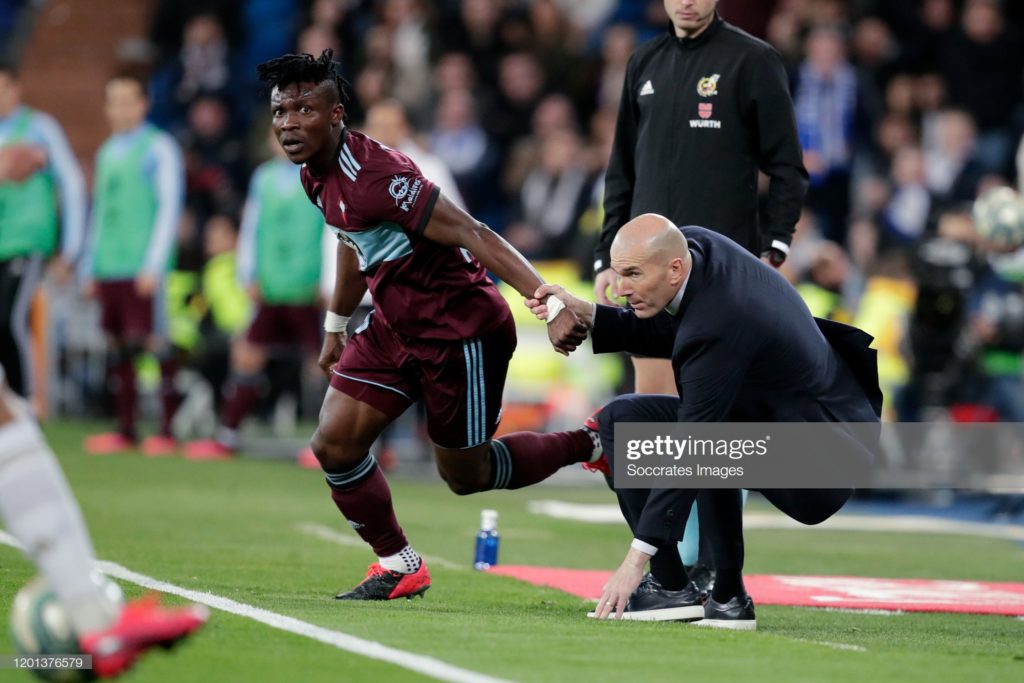 It was one of the striking actions of the highly-competitive match which ended 2-2.

The Ghanaian went to play a split ball with Toni Kroos and sought that the ball was not lost outside the pitch to continue with the action.

However, he ended up stepping on the ball, he sat down and hit with his back to Zidane, which was in the line of its technical zone.

The French trainer ended up lying on the grass before the concern of the players and fans, finally, it was nothing.

The 24-year-old helped Zidane on his feet as the game continued.