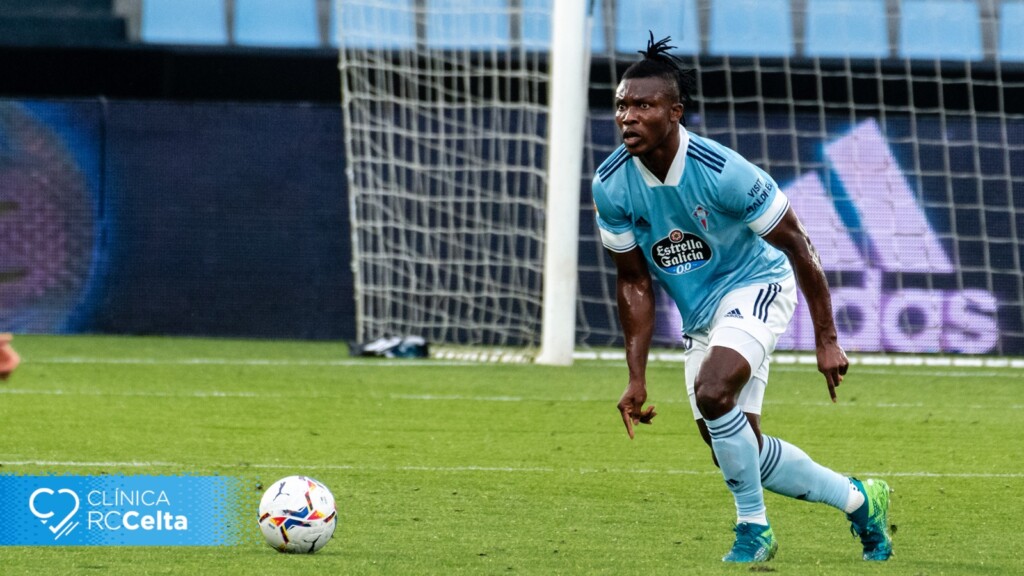 Ghana defender Joseph Aidoo has suffered a muscle injury and had to be replace after just 42 minutes of Celta Vigo's La Liga clash with Sevilla.

Aidoo suffered the injury to his right abductor and was replaced by Nestor Araujo with Celta Vigo leading 2-1.

His injury was immediately felt as Sevilla leveled right at the stroke of half time to make it 2-2.

The strong guardsman started his first game under new manager Eduardo Coudet after shaking off the exertions of the international break, impressing until he picked up the knock.

The 25-year-old will undergo further tests to determine the extent of his injury in the coming days.

Jules Konde shot Sevilla into an early lead but Celta Vigo leveled five minutes later through club icon Iago Aspas before Nolito gave them the lead in the 36th minute.

But Yusif En-Neyseri leveled right before half time.