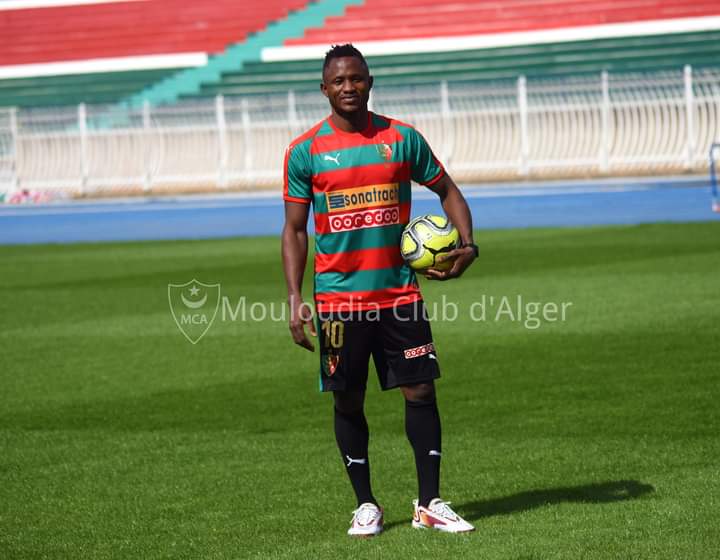 Esso completed his switch to the Algerian giants after passing medicals and completing all other documentations.

The 24-year-old has been handed the number 10 shirt at the club and is expected to make his debut in the coming days.

"Who is the player who wouldn't want to score goals? Which is certain, if the opportunity arises, I will score even if I evolve to the position of playmaker," Esso said.

Esso also said he cannot wait to play first game for the Green and Red outfit.

"As I said before, I can't wait to play my first match with Mouloudia."

Esso had an outstanding spell in the Ghana Premier League before leaving for Algeria having scored 11 times in 18 appearances.

The former Hearts of Oak player was part of the Ghana squad that finished as runners-up at 2019 WAFU Cup of Nations in Senegal.