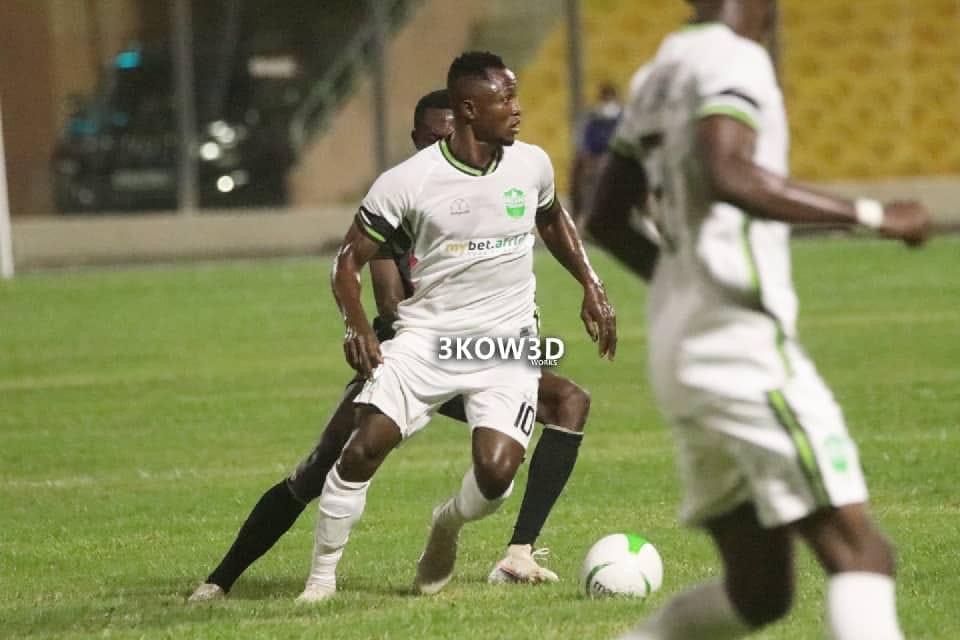 Dreams FC striker Joseph Esso returns to the Accra Sports Stadium to face his former side Hearts of Oak for the first time since his exit from the club in the transfer window.

The former Ebusua Dwarfs forward left Hearts of Oak to join Dreams FC in a very controversial manner after contractual talks broke down between the two parties.

He has been in fine form for the Still Believe side in the ongoing season and his return to the Accra Sports Stadium is expected to be intriguing.

Meanwhile, it has been a difficult start to the season for the Phobians who are winless after three matches played.

The poor performances have resulted in some major changes in the club’s technical team as Coach Nii Odoom has been demoted to the youth academy and Kosta Papic appointed the new head coach.

Papic’s debut game for the Phobians on the sidelines ended in a draw against Karela United on matchday four at the Accra Sports Stadium.

A win for the Phobians against Dreams FC will ease some pressure on the team from the fans.

Hearts of Oak host Dreams FC on matchday five of the 2020/21 Ghana Premier League at the Accra Sports Stadium on Sunday with kick off set at 6pm.