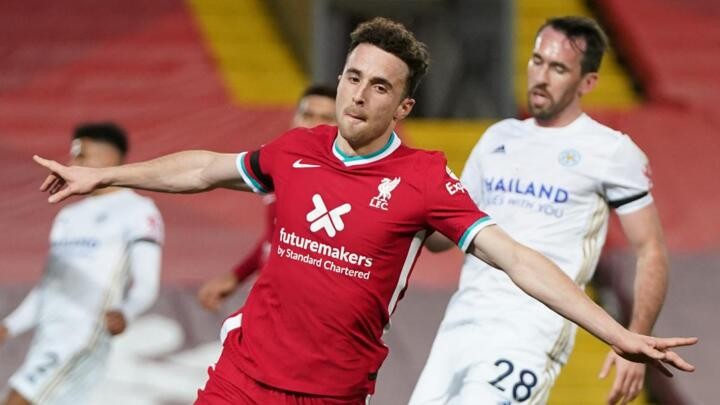 With his first half header against Leicester City in Liverpool's convincing 3-0 win on Sunday, Diogo Jota set a new record for the Premier League outfit.

Diogo Jota is the first player in Liverpool history to score in his opening four top-flight home matches for the club following his header against Leicester City.

Jota has enjoyed a scintillating start to life at Anfield following his reported £41million move from Wolves in pre-season.

Before Sunday's visit of Leicester, Jota had scored seven goals in 11 matches for the Reds across all competitions, forcing his way into the team despite the settled nature of their first-choice attack of Mohamed Salah, Roberto Firmino and Sadio Mane.

That haul included strikes in three successive Premier League home games, equalling a club record, and he went one better against Leicester.

Arriving on to Andrew Robertson's precise cross from the left, Jota got in front of his marker and sent a glancing header past Kasper Schmeichel in the Foxes' net to make it 2-0 just before half-time.

Jota was starting in the Liverpool attack in place of Salah, who was ruled out due to contracting coronavirus during the international break.

His goal came after a sequence of 30 passes; since Opta have this data available from 2006-07, this is the most in the build up to any Premier League goal by the Reds.