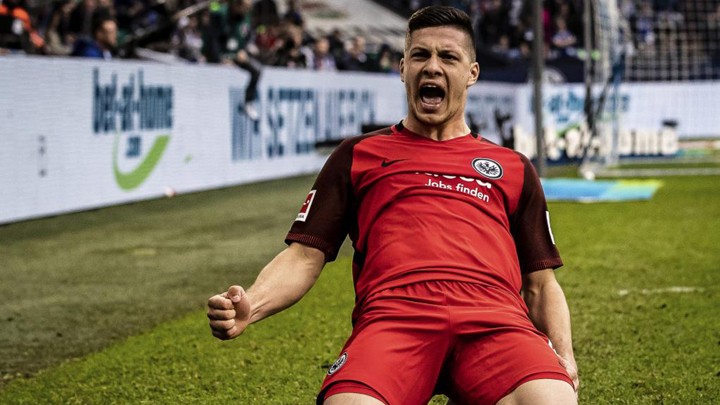 Luka Jovic is set to return to Eintracht Frankfurt on an initial loan deal with the Bundesliga side having the option to buy the striker at the end of the campaign.

The move would put an end to the Serbian's nightmare spell at Real Madrid, where he struggled to impress in the very limited opportunities he was given.

Jovic's return should be made official on Thursday when he will undergo a medical before being presented by the German club.

Eintracht Frankfurt coach Adi Hutter has also revealed conversations between the pair and is excited to be linking up with the striker.

"Jovic has done everything possible to be able to return to us," Hutter told Bild.

"The conversations were very good, and we were both happy to hear each other again.

"It is a great message for [the fans], because he is a special player."

However, his current boss Zidane, despite not revealing that he was on his way back to Germany, offered some words of advice that Jovic would be wise to bear in mind.

"He is a player who is still with us. I haven't been told anything at the moment. We will see what happens," he said at the press conference before facing Athletic Club.

"He is a striker who scores goals, it is what we want from Luka. He was 21 years old [when he joined], he was young.

"He has not had much luck, he has had difficulty adapting, [with] injuries...

"He has to learn many things, but his qualities will always be there."