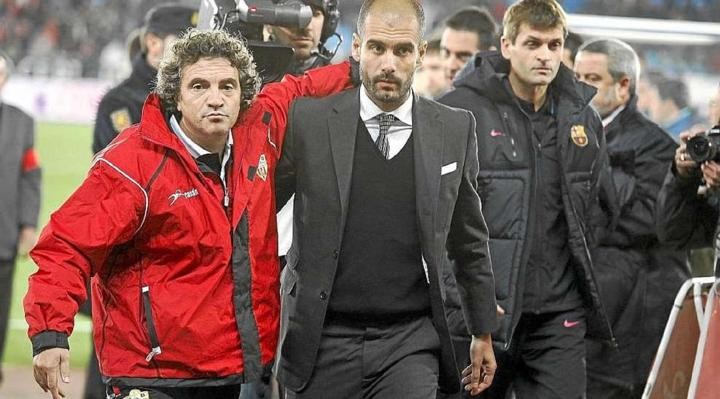 Juanma Lillo will join up with Pep Guardiola at Manchester City after leaving his role as Qingdao Huanghai head coach.

The Spaniard achieved promotion to the Chinese Super League with Qingdao last season, but will now be appointed as Guardiola's assistant at the Premier League club.

Guardiola has been looking for a new assistant coach since Mikel Arteta left to take the head coach's job at Arsenal in December.

The likes of Xabi Alonso and Vincent Kompany had been sounded out as possible replacements for Arteta but, as MARCA understands, Lillo will now take that role.

Lillo has confirmed his departure from Qingdao, with the Chinese club citing his mother's health as the reason for leaving.

Guardiola played under Lillo during his final year before retirement at Dorados in Mexico.

"Guardiola is like my son," Lillo has previously said.

He's also been an assistant coach with both the Chilean national team and Sevilla in LaLiga Santander.