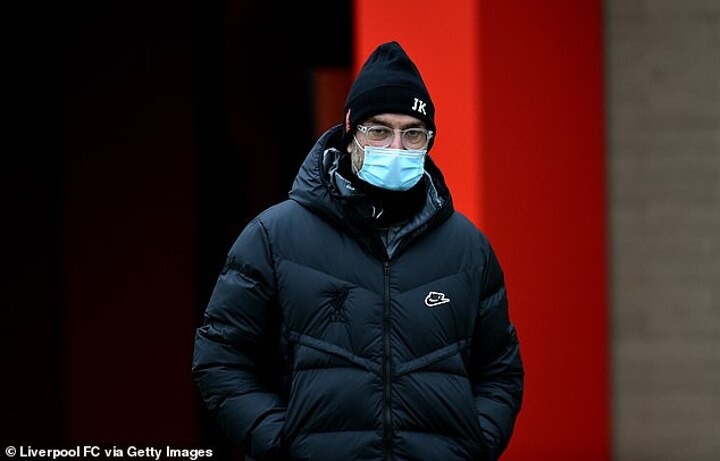 Jurgen Klopp says the prospect of Liverpool being left short in midfield as a result of their injury crisis in defence is no different than it has been all season, admitting his side cannot expect a 'perfect' match against Manchester United.

The two bitter rivals face off at Anfield on Sunday, with United well placed to both break Liverpool's long-standing home unbeaten run and go six points clear at the top of the table as a result.

Klopp recognises the importance of the fixture both historically and right now regarding Liverpool's title defence, and insists his team must be 'spot on' despite reduced expectations.

When asked whether he will be left with a n an exclusive interview with Sky Sports ahead of Sunday's meeting, Klopp said: 'That's the whole season already like this, so there's no moaning or complaining about it.

'It's just how it is and it's always like this in football.

'You have to reduce your own expectations of a perfect matchday and you still have to make sure the boys are absolutely spot on. That's not just for the coaches, that's for everybody.

'I'm around about 20 years as a coach or a manager and probably one hand is enough to count the days when things were absolutely perfect.

'No problems, the right team could play, we had the right shape, the last game was exactly how it should have been, the next game is looking promising - it's really rare. So it's constantly like this that you have to find solutions.

On Friday Klopp admitted during his pre-match press conference that defender Joel Matip is 'close' to a return from injury, though no final decisions have been made regarding whether he will feature against Ole Gunnar Solskjaer's men.

Klopp said: 'Joel is close, does it make sense now to throw him in to a game with one or two sessions which he hasn't done yet?

To bring him [into the United game] I don't know, we have to see. We have to decide and look at him in training, these kind of things.'

Klopp went on to outline that his Liverpool side could continue taking contingency measures and deploying players like Jordan Henderson out of position, but conceded that his captain has vital important in midfield.

'We still have different solutions and Hendo [Henderson] is very important for us in midfield as well so we have to see.'