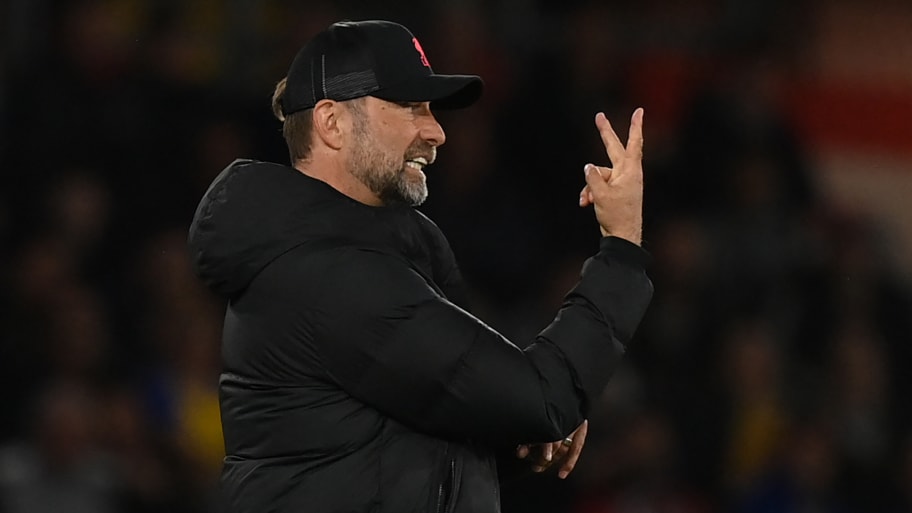 Liverpool manager Jurgen Klopp has conceded that beating Manchester City to the Premier League on the final day of the season ‘unlikely’ following victory over Southampton on Tuesday.

Having closed the gap on leaders City to just one point with the comeback win at St Mary’s, the Reds ensured the title race remains alive for the last round of fixtures.

But to leapfrog City, Klopp’s side must beat Wolves and hope that Pep Guardiola’s team fail to take maximum points at home against Aston Villa.

“Of course, [winning the Premier League title] is unlikely because City play at home against Aston Villa, who play only on Thursday [against Burnley],” Klopp told BBC Sport.

“But it is football. I think the time when City became champion [in 2019] it was because of 11 millimetres. If someone wants us to be champion then we have to win first and Aston Villa need to get a point at City. It is possible, not likely but possible. That is enough.”

It also means that Liverpool’s chances of an unprecedented quadruple are now slim. The Reds have already lifted the League Cup and the FA Cup, as well having the Champions League final against Real Madrid still to play in a rematch of the 2018 showdown.

Speaking to Sky Sports after the final whistle at St Mary’s, captain Jordan Henderson reflected, “The aim was to take [the title race] to the end. We knew it would be difficult. A lot of changes. The lads were brilliant. They kept going right to the end and got the reward.

"We've done that really well all season, the lads who haven't played as much as they'd like took their opportunity. You need everyone in a Premier League season. We're so used to it. We're constantly in ‘cup finals’ every game. It's normal. You get on with it.

“We can all celebrate or relax at the end of the season after the Champions League final.”