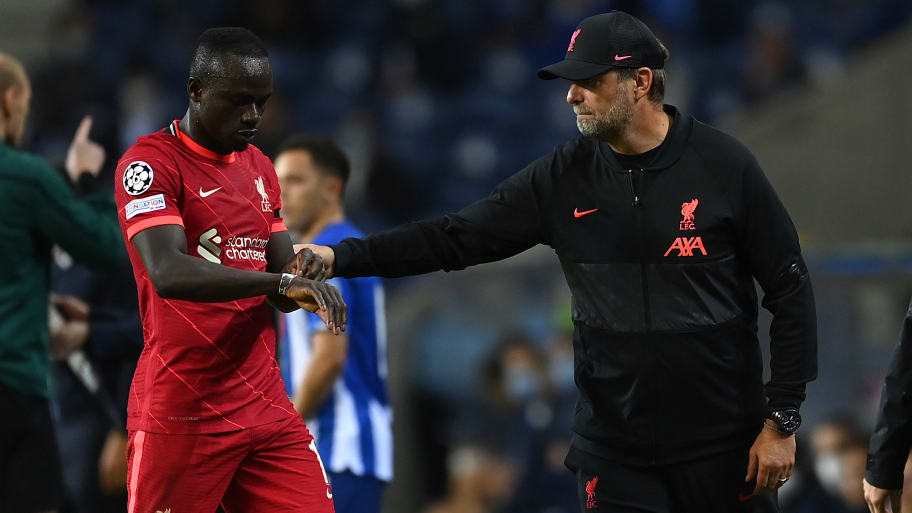 Liverpool manager Jurgen Klopp believes opponents target Sadio Mane to 'wind him up', although he has urged the attacker to control his temper.

Mane was at the centre of a number of skirmishes during the Reds' 4-0 win over Arsenal last weekend, including one challenge that sparked a huge row between Klopp and Gunners boss Mikel Arteta on the touchline.

However, even though Mane was the aggressor in that scenario, Klopp says teams 'go for' the Senegal international as they attempt to get a reaction out of him. The 29-year-old has been in fine form so far this season, scoring nine times in 17 games in all competitions.

Speaking during his pre-match press conference ahead of Liverpool's clash with Southampton, the German coach said: "It has been a thing for much longer. Even when it was not obvious to the outside, you can see it in games that they go for him because they want to wind him up.

"But it is two different things; one is to make Sadio really aggressive during the game, we saw that against Flamengo in the (2019) Club World Cup final.

"Rafinha wanted to go for him after he caused them some problems when we played Bayern in the Champions League [in 2019]. It was obvious from the first second when he went in really hard."

Klopp has revealed that he has spoken with Mane about controlling his emotions, and they have come to the conclusion that he will let his football do the talking.

"Sadio is now of an age where he is not that emotional anymore," he continued. "But we all need emotions obviously and sometimes we control them better and sometimes less.

Liverpool currently sit third in the Premier League and will look to close the four-point gap to leaders Chelsea on Saturday.

This article was originally published on 90min as Jurgen Klopp claims opponents try to 'wind up' fiery Sadio Mane.