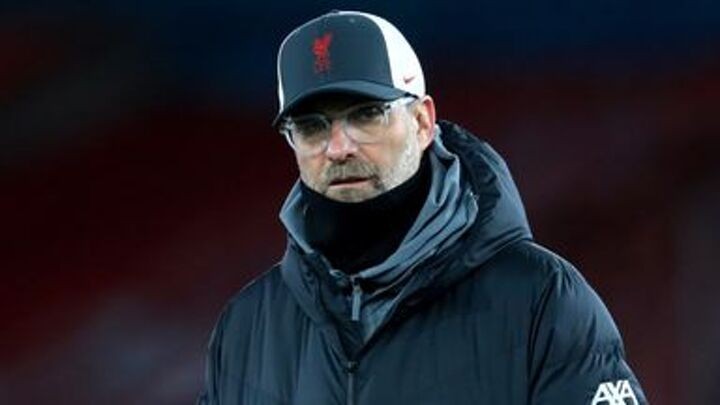 Liverpool manager Jurgen Klopp insists he isn't playing mind games ahead of Sunday's match against Manchester United after comparing the number of penalties awarded to both teams.

Speaking after Liverpool's 1-0 defeat at Southampton earlier this month, Klopp questioned why United have been awarded "more penalties in two years than I had in five-and-a-half-years".

Liverpool host United on Sunday, live on Sky Sports, and former Premier League referee Mark Clattenburg has accused Klopp of a "blatant attempt to influence a referee ahead of a big game".

Klopp has hit back at Clattenburg's comments and has laughed off suggestions he has attempted to gain a psychological edge ahead of the crucial match at Anfield.

"Am I surprised that somebody is talking about what I said after the Southampton game? No," said Klopp.

"Am I surprised that Mark Clattenburg speaks about it? No. I'm not sure if he got asked a lot of things. It's nice that long after his career we can talk about him as well.

"I'm not Sir Alex [Ferguson] for different reasons. Directly after the Southampton game, I didn't think a second about the United game at that moment.

"Before the game against Southampton I saw the stats about the penalties, that's what I mentioned.

"People like Mark Clattenburg, speaking like they speak, it always says much more about them then it could ever say about me.

"If he would be in my situation, he obviously would play mind games, but I am unfortunately not - I have no skills for playing mind games."

Manchester United can send shockwaves around the Premier League with a victory at Anfield so it is imperative Liverpool show exactly why they are champions, says Jamie Carragher.

Sky Sports pundit and former Reds defender Carragher believes Liverpool must prove they are the better team with a performance that puts United back in their place before their title challenge gathers pace.

"I actually think it's a bigger game for Liverpool," Carragher said. "The onus is more on them.

"If United got a result there, that's when the belief would come that they could win the league. I still think people think United may fall away and Liverpool have still got that edge, but if they won at Anfield that would send shockwaves through the Premier League.

"It's a game where Liverpool need to show they are the champions, they are the better team, get the result and also a performance that puts Manchester United back where they are."

With the exception of the 2008/09 season, Liverpool and Manchester United have not been direct rivals in the title race in the Premier League era.

Carragher believes adding the rivalry and history of English football's two-biggest clubs to the title race only enhances the sense of drama and anticipation.

"Liverpool and Manchester United are the two most successful sides in English football, I'm sure that won't change in 20, 30 years' time," Carragher said. "They are the two biggest clubs in this country, that will never change, I have no doubt about that.

"The really interesting thing is that when both sides have had their spells of dominance for 15 or so years, the other have not been the ones challenging. In the 70s and 80s, when Liverpool were dominant, it was Nottingham Forest, Everton in the mid-80s, it was George Graham's Arsenal, and then when Manchester United were dominating it was Blackburn, Arsene Wenger's Arsenal, and Chelsea.

"Manchester United and Liverpool never really gone toe-to-toe for the title going back 30, 40 years. If you look at the situation now, Liverpool are champions and have been fighting with Manchester City over the last couple of years. It would be great to see the two biggest clubs really slug it out for titles over the next few years.

"There is a massive rivalry between Liverpool and Manchester United, that will always be there, it will never go. At times it's more than a rivalry, it can get a bit nasty between supporters, but I do believe both football clubs have a huge respect for each other.

"In some ways, we should be proud that two working class cities from the north of the country are seen as two of the biggest clubs in world football. There is that begrudging respect for each other after what both clubs have done for football in this country and Europe.

"There are a lot of similarities between the two clubs, and that has created the rivalry. It's only good for English football that the two biggest clubs could are competing for the title."