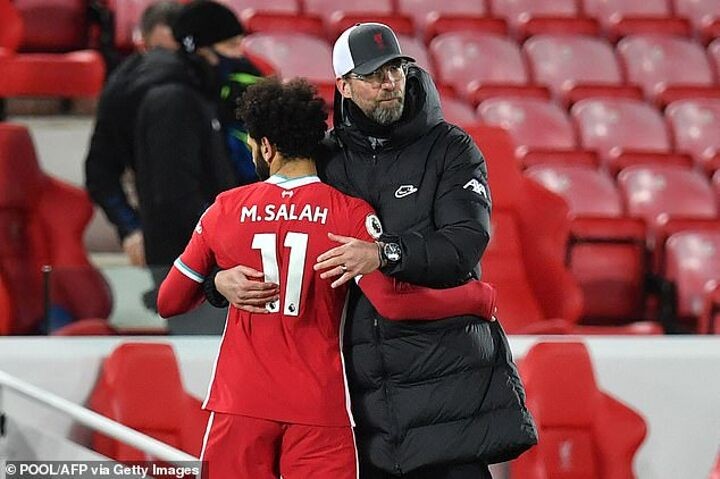 Jurgen Klopp is hopeful Mohamed Salah will remain Liverpool's talisman for some time to come despite speculation over the Egyptian's future at Anfield.

Giving an interview with Spanish newspaper AS in December, Salah described Real Madrid and Barcelona as 'two top clubs' and added 'who knows what will happen in the future.'

His commitment to Liverpool certainly hasn't been in doubt this season with Salah scored 24 times in all competitions and he currently tops the Premier League goalscorers' chart with 17.

And Klopp, speaking ahead of Liverpool's trip to Sheffield United on Sunday evening, believes Salah will be part of the club for the long-term.

He said: 'It's just a bit awkward when I have to praise my own players, which I like to do to be honest, but especially in Mo's case, the numbers speak for themselves.

'Mo is not only a goalscorer, he has developed as a footballer as well. He is a very, very important player for us and hopefully he will be that for a very long time of course.'

Liverpool's title defence has fallen apart in recent weeks and they sit sixth in the Premier League, five points off the top four, ahead of their visit to Bramall Lane.

They have lost their last four league matches - to Brighton, Manchester City, Leicester and Everton - and have won only two of their last 11.

Liverpool did, however, beat RB Leipzig 2-0 in the first leg of their Champions League last-16 tie to keep European hopes alive.