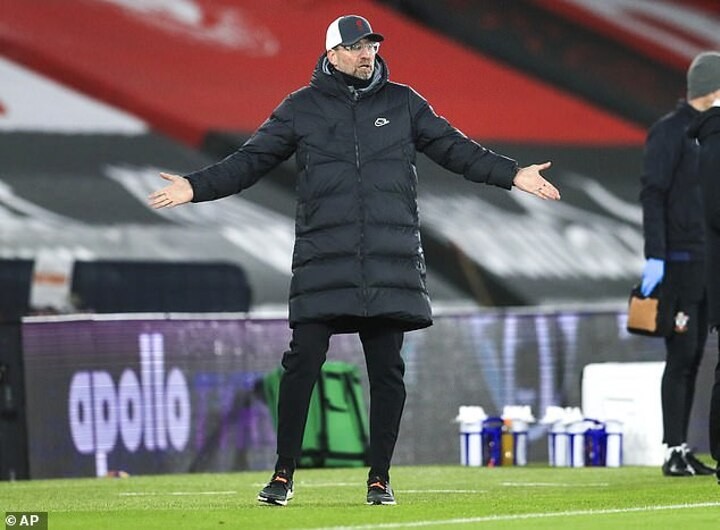 Jurgen Klopp has dismissed Mark Clattenburg’s argument that he has been playing minds by insisting he doesn’t have the skills to pull them off.

Clattenburg wrote in Sportsmail that Liverpool’s manager had tried to take a leaf out of Sir Alex Ferguson’s book and introduce the fact United have had so many penalties in the last year into the pre-game conversation.

The former top referee argued it was because Liverpool are under pressure.

‘Meanwhile, long after his career (finished) that's nice for him that we can talk about him as well. I'm not Sir Alex and for different reasons. When he said, I tried something with mind games.

'It was directly after the Southampton game, between this game there was another game.

‘I didn't think for a second about United in that moment. But before this game against Southampton I saw the stats about the penalties and that is what I mentioned.

'When people like Mark Clattenburg are speaking like they speak, it always says much more about them than it could ever say about me.

‘If he would be in my situation, he would obviously play mind games. I am unfortunately no, I've not skills for playing mind games. That's my problem.’