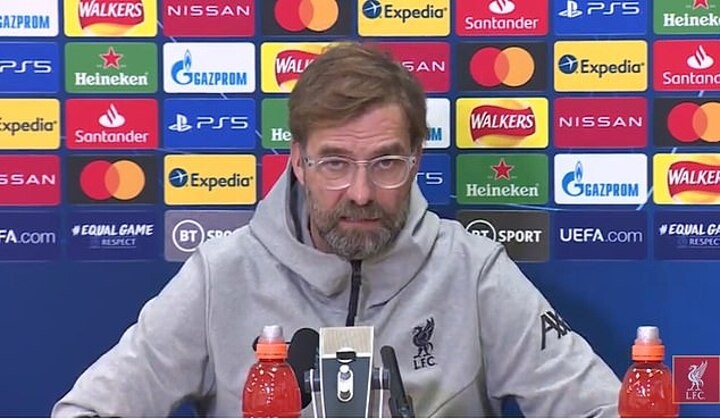 Jurgen Klopp insists that the congestion of the football calendar is partly to blame for Liverpool's ever-increasing injury crisis.

The German boss is now without six of his senior stars as Liverpool prepare to enter the hectic festive period and a busy Champions League schedule.

Speaking on Monday during his pre-match press conference before the Reds host Ajax at Anfield, Klopp highlighted how the knock-on effect of multiple injuries can disrupt an entire team, while breaking the worrying news that summer signing Thiago has no concrete return date.

When asked whether the congestion of the football calendar was the reason for rife injuries, Klopp replied: Yes, but not only, and that's how it is.

'If one player goes out for a long, long time another who is maybe not ready has to play more often than not. It's difficult to prepare a squad for two massive injuries on one position [midfield].

'It's not to change any more so we will try to deal with that and make the best of it.'

Former Bayern Munich man Thiago has not been seen since the Merseyside derby, and Klopp admits the situation with the deep-lying playmaker is a difficult one.

'With Thiago we have to clarify a little bit, so on that day when Thiago got injured in a bad challenge in the Everton game, there was another bad injury and after the scans one was bad news one was good news,' Klopp said.

'We realised now it was still a massive impact on the knee. The problem in situations like that is everyone thinks its ok, but the impact was that big its still not ok.

'He trains from time to time but not in the moment, we realise we have to go a few further steps, I cant say exactly when he will be fine. That's how it is.'

The Liverpool manager has confirmed that captain Jordan Henderson is once again cleared to play, though James Milner - who pulled up clutching his hamstring against Brighton - is out of the midweek European clash with Ajax.

Klopp also confirmed Naby Keita and Xherdan Shaqiri will remain on the sidelines, while Trent Alexander-Arnold has not been given the green light to return against Ajax, but is 'closer' in his rehab programme.