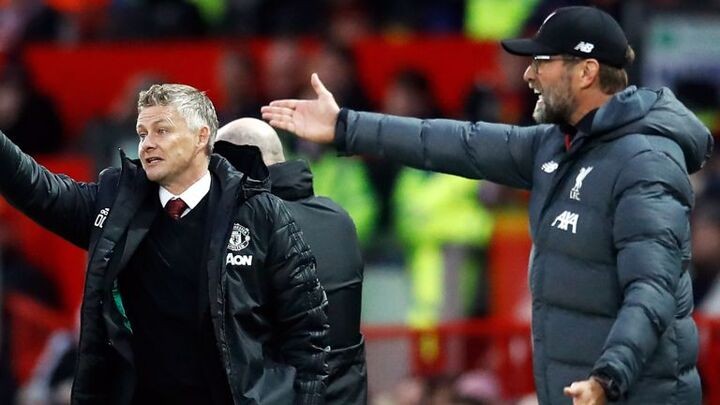 Liverpool boss Jurgen Klopp has thrown down the gauntlet to Manchester United counterpart Ole Gunnar Solskjaer ahead of their meeting this weekend, live on Sky Sports.

Klopp's side have failed to win their last three league matches, allowing rivals United to overtake them at the top of the table heading into the weekend.

But the Liverpool boss has had more than a week to prepare for the game and is confident they have put their recent woes behind them.

"We lost against Southampton a week or so ago, which was absolutely not what we wanted, but the next day we spoke and the boys had their say as well, all that kind of stuff," Klopp said.

"Now, we have to put in place on the pitch. That is the situation. I'm really looking forward to this game, to be honest.

"I know Ole [Gunnar Solskjaer, the United manager] said that this is the best moment to play against Liverpool. Yeah? Let's see."

Klopp, however, insists there is no extra motivation for beating United despite his side now trailing by three points.

"Winning a football game, winning against United is enough in itself," he added.

"It is not necessary that there are special add-ons. We play at home against United and we want to win.

"They are in the situation they are, they got the points, they deserved the points, we have got ours and the season still has a long way to go so it is not like we talk about if we win we go ahead of them.

"Man City are one game behind and are very close as well so we don't constantly think about other teams.

"We just try to win our football games and for this we have to perform at our highest level because United are good - they always were.