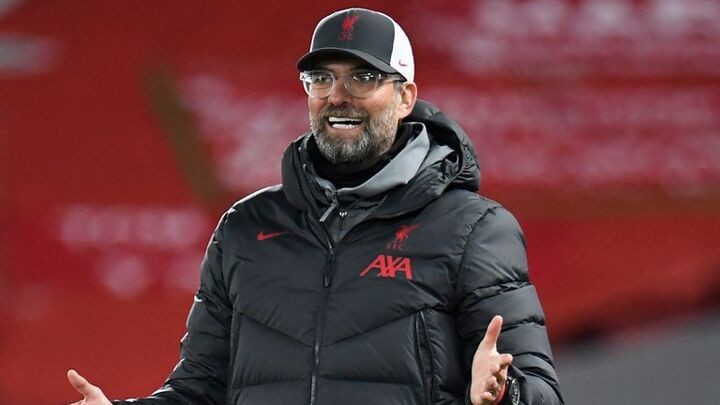 Liverpool manager Jurgen Klopp had no regrets over the selection gamble which backfired in a 2-0 Champions League defeat to Atalanta and insisted he would do it again.

The Reds' hopes of progressing early to the last 16 were dealt a blow as Klopp's gamble backfired in a "deserved defeat" on Wednesday night.

Liverpool made five changes from Sunday's victory over Leicester, including altering three of his back four, and paid for it with a lack of cohesion and rhythm which allowed last season's quarter-finalists to become the first team to win at Anfield in 90 minutes since Chelsea in September 2018.

Klopp said: "We made five changes, it was very important we did that, and in the end it didn't work out and that is part of the deal. I would do it again.

"(We had) no real rhythm, first half was not a good game at all, they were not good as well. We spoke about it but second half it didn't look like it (would change) and that is why we changed early.

"A second before we could change (Klopp was in the process of making a quadruple substitution) they scored the first goal, in a space which we knew they tried to use and we couldn't defend in that moment.

"We had better football moments but not good enough. If you don't have a shot on target that is never a good sign."

Liverpool lost a competitive home match by a margin of more than one goal for the first time in 137 matches at Anfield under Klopp, with this their heaviest such defeat since August 2015 in the Premier League against West Ham under Brendan Rodgers, a 3-0 defeat.

Victory over Ajax next week would still guarantee safe passage and with December's schedule, Klopp will want to avoid the nightmare scenario of having something to play for with the final game against Midtjylland.

Even the return of Mohamed Salah could not lift the side out of their torpor as second-half goals from Josip Ilicic and Robin Gosens ensured there would be little room for Klopp to rest players in their final two matches.

Victory over Ajax next week would still guarantee safe passage and with December's schedule, Klopp will want to avoid the nightmare scenario of having something to play for with the final game against Midtjylland.

Atalanta coach Gian Piero Gasperini, whose side were beaten 5-0 in the reverse fixture three weeks ago, hailed the win as the club's most prestigious.

"Obviously this is something which will be written in the pages of history," he said.

"They haven't lost a Premier League game in 64 matches. This is perhaps our biggest ever victory in our history, certainly our most prestigious.

"We were more solid in defence this time around because the defence was better protected with more players in midfield. This is the solution we opted for as we thought it was appropriate for this game."

Liverpool travel to face Brighton at the Amex Stadium on Saturday in the Premier League; kick-off 12.30pm. They return to Champions League action when they host Ajax on Tuesday, December 1; kick-off 8pm.