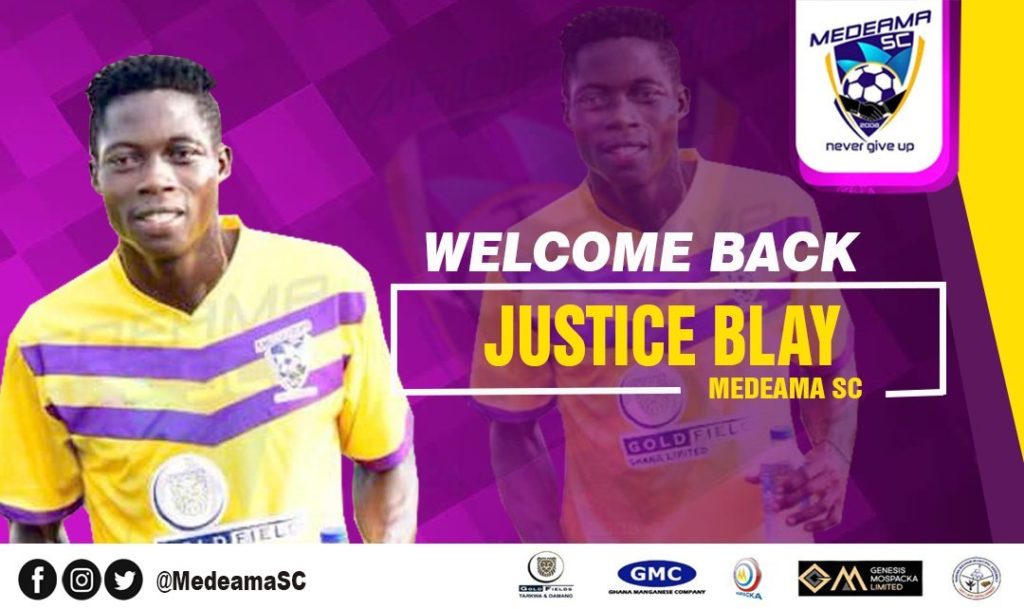 Medeama have announced their star midfielder Justice Blay has returned to the club following his successful loan spell at Ghanaian giants.

Blay joined the Porcupine Warriors on loan in 2019 and impressed greatly for them in Africa and domestic competitions.

He was brought to assist the club in their African journey and after impressing, they decided to keep for the start of the 2019/2020 season, which has been canceled due to the coronavirus pandemic.

The 28-year-old was Kotoko’s best player, bagging five man of the match awards in the league.

It's believed that Kotoko had an option to make the move permanent but have failed to meet the demands of the Tarkwa-based club.

However, Kotoko may open talks with Medeama again because his services will needed for next season's Caf Champions League.