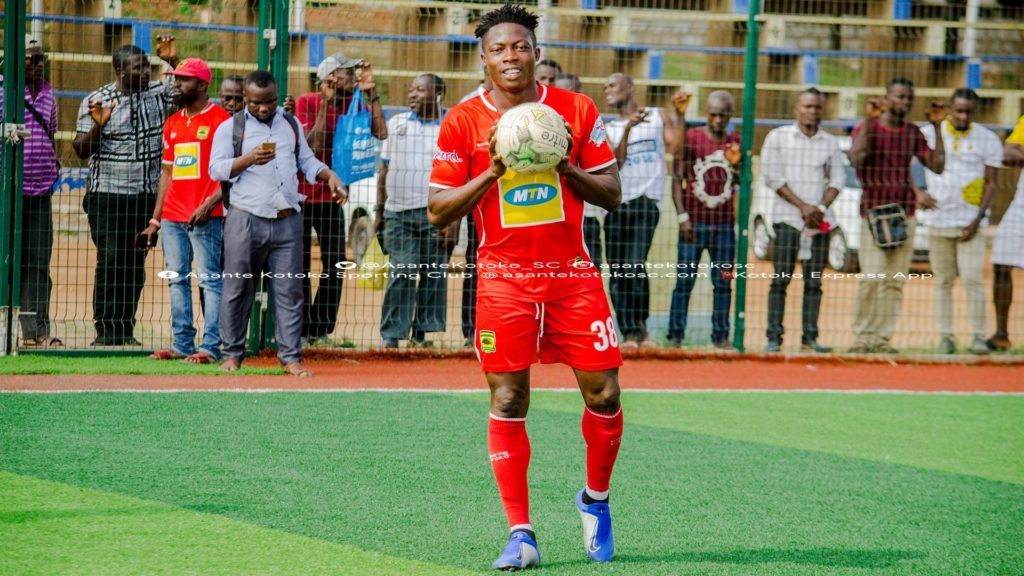 Kotoko midfielder Justice Blay wooed the club’s fans over with a masterful home debut in the side’s 2-0 win over Kano Pillars in the return fixture of the CAF Champions League.

The defensive midfielder remains the master puppeteer at the heart of the team with a swashbuckling display that has won him huge admirers in Kumasi.

Blay, who is on a season long loan from Medeama, showed no signs of nervousness, scoring a 98 percent aerial wins coupled with several timely tackles.

The combative midfielder turned the heat on in style on his home debut as the Porcupine Warriors advanced to the next stage of the competition on a 4-3 aggregate scoreline.

It’s been a massive dream debut for the Medeama star, who has gained inches in the Ghanaian media.

The midfielder looked sharp, matured and excellent as the Ghanaian giants overcame a stubborn Nigerian side at home.

Goals from Kelvin Andoh and Emmanuel Gyamfi in either half sealed victory for the two-time African champions.

But it’s the masterful display from Justice Blay which has hogged the headlines in Kumasi.

And promises to be a fulfilling loan career for the former Hasaacas player at the club.