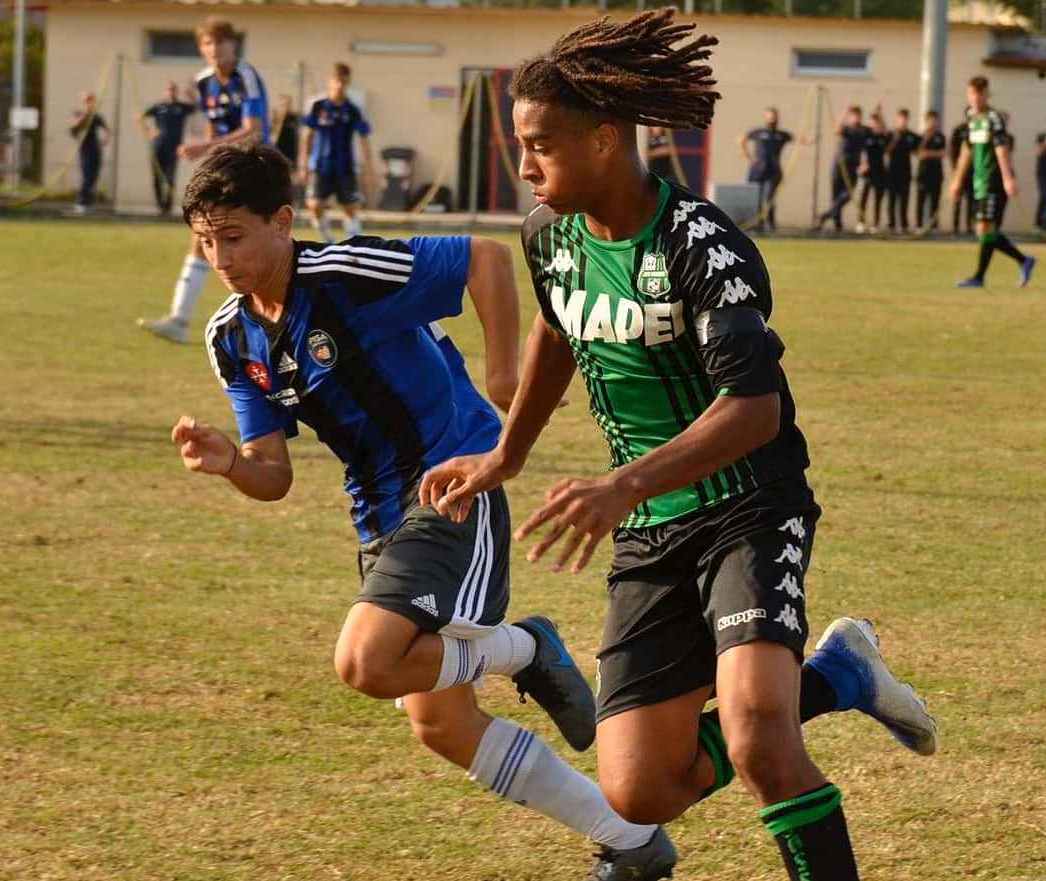 Justin Kumi in action for Sassuolo U16.

Teenager Justin Kumi was on the scoresheet for Sassuolo as they defeated Lazio 3-1 at home.

Kumi, who recently signed for Oliver Arthur's ArthurLegacy Sports Management, scored the first goal to set the tone for an exciting encounter as they visitors wrestled to exercise control of the game.

The 15-year-old was in his usual elements in his roaming role, preying in the opponent's half, with great skill, whiles creating numerous scoring opportunities.

Sassuolo's victory way hugely assisted by the ejection of the Lazio goalkeeper in second half after he committed a horrible foul.

The Neroverdi then took advantage to create several chances from which they increased their tally with two more goals.

Sassuolo U16 will next play Virtus Entella next Sunday, hoping to make it to the playoffs.