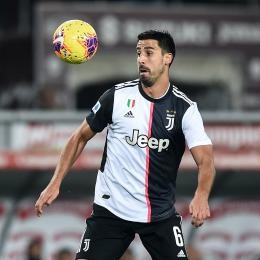 Quite likely to part ways with Juventus, after five seasons in, former German international midfielder Sami Khedira (33) has reportedly been targeted by both Al-Duhail and Al-Sadd, according to CM.it. Previously tracked by Wolverhampton, former Real Madrid player is still on a deal with Bianconeri until June 2021, on no extension chances on the outlook, and his current annual salary amounts to 6 million euros.