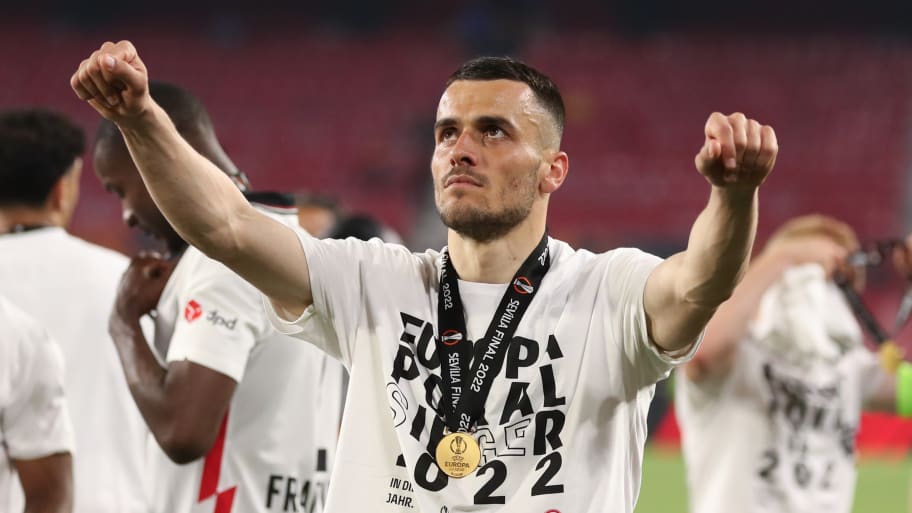 The wing-back has been fantastic for Frankfurt in recent seasons and proved to be a key player in their run to win the Europa League in 2021/22 - beating Rangers on penalties in the final. In what was his fourth campaign at the Deutsche Bank Park, Kostic bagged an impressive 13 assists and seven goals.

Due to that form, Italian giants Juventus have been keen to add the player to their ranks and, according to 90min sources, they have managed to do just that. The 29-year-old is now set to complete his medical in Turin before fully finalising a deal.

Kostic had been heavily linked with West Ham United earlier in the transfer window and the club had even held talks over a deal in late July.

With that transfer not coming to fruition, La Vecchia Signora have been able to swoop in to sign some much needed cover on the left-hand side of their team.

Kostic's tactical flexibility will allow him to effectively fill both of those gaps in Juventus' squad and also give Max Allegri the option to play a 3-5-2 or 3-4-3 formation.


This article was originally published on 90min as Juventus agree deal to sign Filip Kostic from Eintracht Frankfurt.