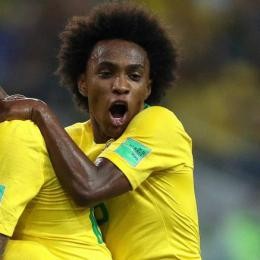 According to Tuttosport, Juventus management are already saving a spot for a move on Brazilian international winger Willian (31), as long as he leaves Chelsea, after current season's over, as a free agent. Former Shakhtar Donetsk star joined Blues back in August 2013, and was adamantly pursued by Barcelona FC during summer 2018.